Gleneagles golf shop gets RAIDED for thousands of pounds 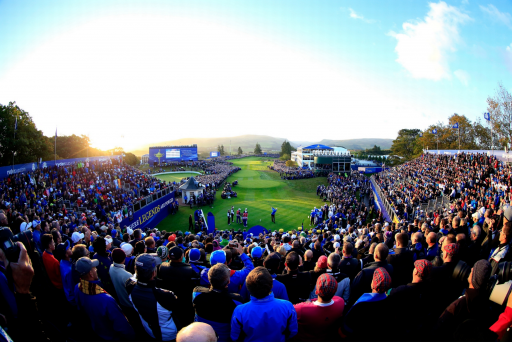 The golf academy shop at famous 2014 Ryder Cup and 2019 Solheim Cup venue Gleneagles was raided for a "four-figure sum" of golf clubs by two men on Friday night, according to The Scottish Sun.

Police claim the late night raid happened at approximately 10.25pm and they are now asking witnesses to come forward if they have any information.

CCTV footage has emerged showing two males arriving at the golf course in a small silver car. It is reported they were travelling on the A823, turning into Station Road, and left the same way.

They were both apparently wearing black balaclavas.

"I am appealing to anyone who was in the Gleneagles area between 10pm and 10.30pm on Friday to get in touch if they saw or heard anything suspicious," said Constable Jack Stirling.

"The A823 was busy at that time with numerous cars travelling along the road.

Perhaps you saw a car driving or people within behaving suspiciously?

"If you have any dash-cam footage that you believe could assist with our investigation, please come forward as soon as possible."

"If you have any information in connection with the break-in, no matter how small you think it is, you can contact police on 101, quoting incident number 4088 of 17 January.

Gleneagles was the host venue of the 2014 Ryder Cup won by Paul McGinley's European side with a 16.5-11.5 victory over Tom Watson's United States team.

It also hosted the 2019 Solheim Cup as the European ladies defeated the Americans 14.5-13.5 in one of the most dramatic finishes to the biennial tournament in years.