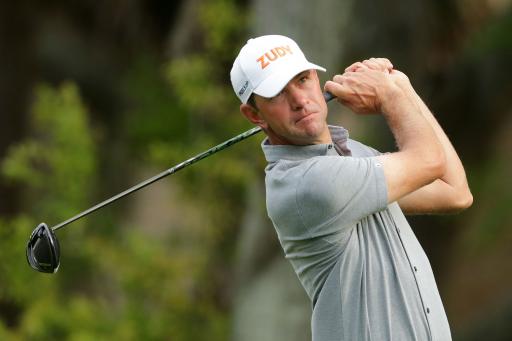 Krista Glover, 36, is reported to have injured her husband’s mother - causing multiple lacerations - before spending the night in a cell.

The report reads: "...when he plays a bad round of golf, Krista proceeds to start an altercation with him and telling him how he is a loser and a pussy, how he needs to fire everyone, and how he'd better win or her and the kids would leave him and he would never see the kids again."

Krista Glover is said to have been drinking all day at TPC Sawgrass and was released on Sunday after meeting the bond of $2,500.

When being arrested it is reported she tried to separate herself from officials, and refused to be placed in a patrol car.