Check out our betting tips for this week's European and PGA Tour action, as we make our selections for the British Masters and 3M Open. 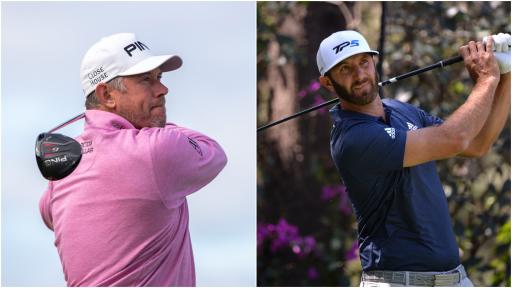 The European Tour starts its 'UK Swing' this week with the British Masters at Close House (starting Wednesday), whilst the PGA Tour heads to Minnesota for the 3M Open.

GolfMagic landed a 66/1 each-way bet at the Memorial Tournament last week, as Jason Day finished in T4 in what proved to be the most challenging tournament the PGA Tour has seen for a long while.

Can Jack and Andy pick a winner this week? Check out GolfMagic's top betting tips for the European and PGA Tour action below.

While there is a slight unknown as to the form of many players teeing it up this week, the one thing we do know is that Lee Westwood regularly plays this course and has been for the past couple of months while at home. The tournament host apparently fired in eight birdies around here during a practice round two weeks ago with his former caddie Billy Foster, and Westwood has admitted to playing golf at least four times a week since golf's return during the coronavirus lockdown. Unlike in 2017 when he was hosting en route to a tie for 15th, Westwood won't have as many media duties to attend to this week given there are fewer media on site and no fans. Yes, a short price at 9/1 but certainly the man to beat on Sunday.

Sullivan arrives here in great form having won a Clutch Pro Tour event last week in a playoff over Richard Bland, with the pair finishing 7-under for 18 holes. The Englishman finished just outside the top 20 in his last European Tour start in Qatar before the lockdown. The three-time European Tour winner also had three rounds in the 60s the last time he played here in 2017. The standout price in the market.

Syme offers fantastic value at 45/1 for an each-way bet this week, after finishing in fourth place at the Austrian Open when he returned to action. The 25-year-old is a very accurate golfer and he won't find many problems around Close House.

It didn't take long for Migliozzi to prove to the world that he is one of the most exciting prospects on the European Tour and already has two wins to his name after claiming the the Magical Kenya Open and the Belgian Knockout. The Italian hasn't got off to a great start in 2020, but a four-month could be exactly what the 23-year-old needed and at a huge price of 50/1, he could be a fantastic each-way bet.

I think you can forget about last week's missed cut at the Memorial where he shot a pair of 80s. It was just a tough week out there for everyone. I'm prepared to side with the tournament favourite this week, especially after he returned to the winner's circle with his B-game at the Travelers at the end of last month. DJ did not play here last year, but he is the class horse in this relatively weak PGA Tour field, and I expect him to bounce back to form this week.

The defending champion has come on leaps and bounds since winning this tournament last year and he has every chance of winning the 3M Open once again. The 21-year-old has been a little inconsistent since the PGA Tour returned, but when this big-hitter is in form he is one of the most dangerous players out there. Returning to this course where he won in style at the very last hole will fill him with confidence and at 25/1, it's a price we can't ignore.

Glover has been solid without being spectacular on the PGA Tour this season, but arrives here 5-5 since golf's return on the PGA Tour with four of those finishes resulting in top-25 finishes. His putting has often held him back but recent evidence suggests he is rapidly improving on the greens. The other reason for picking him this week is that he finished with a course-record tying 62 in last year's final round en route to a tie for seventh.

A huge price at 125/1 makes Zhang worth a go each-way this week, given his top 10 finish at the Memorial Tournament where conditions were playing extremely tough. Wind threatens the PGA Tour again this week, especially over the weekend and Zhang has proven he can handle the conditions.