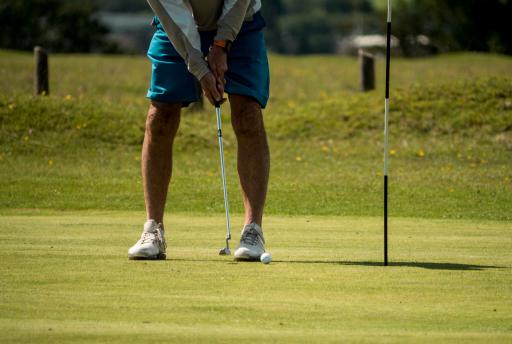 UK Prime Minister Boris Johnson's new four-step roadmap out of lockdown will see golf courses reopen in England on Monday March 29. It has also been confirmed that fourballs will be permitted, so not just two-balls.

Johnson addressed the House of Commons this afternoon, before leading a Downing Street news conference to the nation at 7pm.

From March 29, larger groups will be able to meet outside - including in private gardens - up to a maximum of six people or two households.

Golf courses, tennis courts, basketball courts and other outdoor sport facilities will also be allowed to reopen on March 29, which is the first Monday of most schools' Easter holidays.

Organised adults and children's sport, including grassroots football, will also restart from the same date.

The March 29 date for a return to golf in England goes along with reports we have published in recent weeks.

Nadhim Zahawi, the vaccines minister, also confirmed the plan for golf's restart in England on March 29 when appearing on BBC Breakfast on Monday morning.

"So on March 8 it’s two people being able to meet outdoors for a coffee or socially," said Zahawai. "On March 29, it’ll be two families or the rule of six meeting outdoors and outdoor sports: tennis, golf and other outdoor sports, including team sports, will return."

Golf has been shut down in England since the start of 2021, and has been locked out for even longer in Northern Ireland, Ireland and Wales as a result of the coronavirus pandemic.

Courses in Scotland, however,  have remained open due to a different stance on lockdown restrictions by First Minister Nicola Sturgeon.

The news will come as a huge relief for a large number of golfers up and down the country, especially when considering the physical and mental benefits the game brings to so many lives.

Alastair Sinclair, the CEO of PlayMoreGolf - the biggest membership operator in the UK - echoed these sentiments upon hearing the news of the sport's return in the country at the end of March.

"For thousands of golfers in England, this news comes as a relief and a renewed sense of optimism towards a new normal," Davies told GolfMagic.

"The last 12 months have been physically, emotionally and mentally draining for everyone and we hope that golf’s return can undo some of the negative mental health impacts.

"2021 is an important year for Golf, as a sport and leisure activity, to appeal to a wider audience. How as an industry we present ourselves to the consumer is crucial not just to attract new but retaining current golfers to the sport."

The relaxation of measures is the first stage of a four-part roadmap expected to include the reopening of non-essential retail and hospitality in the coming months.

But restrictions will be eased step-by-step across the whole of England, avoiding a return to the previous system of regional tiers.

Johnson also confirmed on Monday that all schools in England will be able to reopen for pupils from Monday March 8 - the same day that outdoor recreation with one other person can resume, meaning people will be allowed to sit together in a park with a coffee, drink or picnic.

Wider social contact rules will continue to apply in all settings, meaning there is still to be no mixing between different households.

The second step out of lockdown will come on April 12 with non-essential retail, hairdressers, gyms, swimming pools, theatres, museums, and outdoor settings like alcohol takeaways, beer gardens, zoos and theme parks set to all reopen.

The third step will come on May 17 - if the data allows - and will see the "rule of six" abolished for outdoor gatherings and replaced with a limit of 30 people.

Step three will also see cinemas, hotels, performances and sporting events reopen, with social distancing measures remaining in place, along with up to 10,000 spectators being able to attend the very largest outdoor seated venues such as football stadiums.

The fourth and final step out of lockdown will come on June 21, which will hopefully see all legal limits on social contact removed, with the final closed sectors of the economy reopened such as nightclubs.

Johnson told MPs his latest plan aimed to be "cautious but irreversible" and at every stage decisions would be led by "data not dates".