Number of golf tournaments called off due to a surge in coronavirus cases... 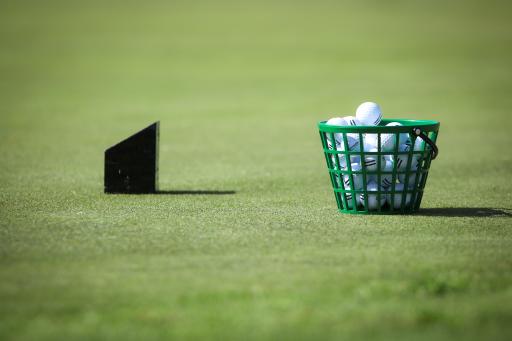 A number of big tournaments across the United Kingdom and Ireland have been cancelled following a rise in coronavirus cases and resulting travel restrictions.

The Welsh Amateur Golf Championships for both men and ladies has now been axed for this year following the latest lockdown rules in many areas of the country.

The Ladies Amateur was due to be held in Rhuddlan, North Wales this weekend, while the men's event was set to take place in Newport in October.

"It is with great regret we have had to cancel these events, which had already been postponed from the summer," said David Wilson, Wales Golf championships manager.

The TopGolfer Tour Championship that was set to tee up in Dublin this weekend has been postponed as new travel restrictions are being imposed across Ireland.

"We will keep you advised of a revised tour championship date once the restrictions are eased and a new date is agreed with management at Druids Glen Resort," stated a spokesman.

A number of other tournaments across Ireland have also been postponed until further notice.

UK Prime Minister Boris Johnson outlined a number of new restrictions at the start of the week, including working from home if you are able to and keeping to the rule of six.

The UK yesterday reported its highest ever number of new daily cases - 6,634 - with a further 40 people reportedly having died within 28 days of testing positive for COVID-19, according to official figures. You have to go back to July 14 when the death toll was higher than 40.

These latest numbers come off the back of Chancellor Rishi Sunak unveiling a new scheme that will support wages and avoid a winter jobs crisis, despite the fact he claims many people will still face an uncertain future.

There is some positive news for UK golf tournaments, however, with next week's Scottish Open on the European Tour exploring the idea of allowing no more than 650 spectators to each day of the tournament at Renaissance Club.

Tournaments on the European Tour and PGA Tour remain, with the exception of the WGC-HSBC Champions in China being axed due to the coronavirus pandemic.

The General Administration of Sports of China recently put a block on any international sporting events being staged in the country, forcing the cancellation of the World Golf Championship tournament.

Previous
FAVOURITE FIVE: The BEST mallet putters on the market
Next
La Cala Resort commits to stay open for the remainder of 2020