The decision to restart the Official World Golf Ranking next week has caused a stir on Twitter. 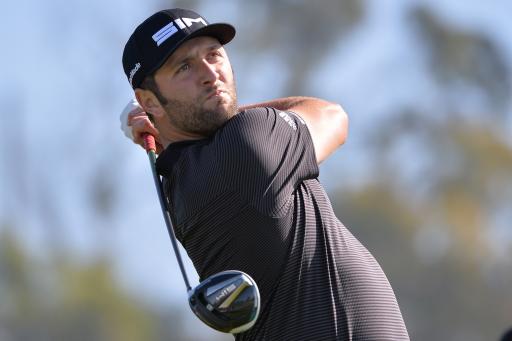 The PGA Tour returns to action next week at the Charles Schwab Challenge, where the top five players in the world will all play the tournament for the first time since 1986.

The OWGR Governing Board has announced in a press release that the World Ranking system will resume, meaning that those playing in the Charles Schwab Challenge will be able to climb the world rankings, but those who play on the European Tour will be at a disadvantage.

The OWGR Governing Board is announcing today that the Official World Golf Ranking will be restarted on the completion of tournaments taking place in week ending June 14, 2020 (week 24).

The OWGR Governing Board is announcing today that the Official World Golf Ranking will be restarted on the completion of tournaments taking place in week ending June 14, 2020 (week 24).

This coincides with the scheduled resumption of play on the PGA TOUR and the Korn Ferry Tour in the United States.

The OWGR was frozen at week ending March 15, 2020 (week 11) with men's professional tournament golf inactive worldwide since that date due to the COVID-19 pandemic.

From week ending June 14 2020 (week 24) the Ranking will resume as normal for all ranked players with Ranking points awarded, divisors adjusted and past points degraded on a weekly basis.

With competition on other Eligible Tours not restarting at the same time, many players will not have the opportunity to compete for ranking points until a later date. The averaging formula used in the calculation of the Ranking will help to mitigate any resulting impact, be it positive or negative to a player’s ranking.

The major championships and professional tours involved in the administration of the Ranking are acutely aware of the difficulties arising around the world from a staggered resumption of play. In light of this, these organisations have agreed, wherever possible and appropriate, to incorporate the Ranking through Week 11 as part of the qualification criteria for their events.

The announcement from OWGR has caused a serious stir on Twitter, with many people saying that it's unfair to resume the World Ranking until all tours are once again in action.

Agreed! Either all Tours are playing for points or none! https://t.co/DqqMUySvuh

"The PGA Tour gets what the PGA Tour wants. Meanwhile top Challenge Tour players still don’t officially know when their next event is. It’s self-serving, elitist and demonstrates a complete lack of leadership for the global structure. Grotesque."

"This is an absolute joke and disgrace to the game of golf."

"Absolutely ridiculous. How are you operating as a “world” ranking ?? The rankings should be on hold until all main tours are fully operational."

"Seriously? You should be ashamed."

"This is a terrible decision."

"Madness. What a ridiculous decision."

"That’s really unfair on none PGA Tour players. Could have a huge knock on effect for those making majors/ WGC events over the next year or two. Perhaps the minimum events divisor could be lowered from the current 40 to lessen the impact?"

"So it’s now going to be renamed the American golf rankings......right?! This has so many implications it’s shocking!"

NEXT PAGE: The world's BEST set to return for Charles Schwab Challenge