Golf features for less than a minute during BBC Sports Personality of the Year. 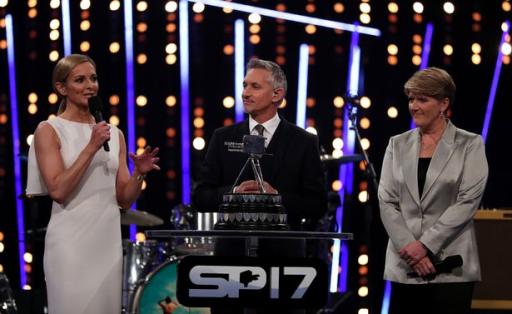 Golf fans have taken to social media to vent their anger at the lack of golf coverage featured during the BBC Sports Personality of the Year show last night.

During the 135 minutes of the show, golf featured for a grand total of 45 seconds as the BBC sprinted through three of the four majors and a quick flash of Tommy Fleetwood hoisting the Race to Dubai trophy.

If that wasn't bad enough, Sergio Garcia, who ended years of major agony by winning The Masters in April, was not even shortlisted as one of eight sporting stars in the Overseas Sports Personality of the Year - which was won for a record fourth time by Roger Federer.

Should we be at all surprised at the lack of golf coverage? Not really. It's a similar story every year. But us golf fans just can't help ourselves.

Even the end vote for Personality of the Year - which obviously included no golfers in the shortlisted 12 - was all a bit perplexing with outsider Mo Farah taking the spoils with red-hot favourite Anthony Joshua not even finishing in the top three.

Check out a selection of irate golf fan tweets...

When the @BBCSport come back on live for @Mo_Farah winning speech, will they then cover #golf ?!?!! #SPOTY #GolfIsASport — Paul McDonnell (@PaulMac69) December 17, 2017

I make that 2 golf shots on #spoty thus far!! That’s 3/4 less than the amount of times strictly has been mentioned — Chris Kelly (@chrisjkelly1) December 17, 2017

The lack of golf during the @BBCSport #SPOTY is utterly embarrassing.— DAN (@dansoutham89) December 17, 2017

Obviously golf is not a credible sport in the conversation of @BBCSport #spoty ? ... @JustinRose99 — Nathan Patience (@nathanpatience) December 17, 2017

BBC giving it large about their sports coverage. This from the wankers who consigned a golf major to the red button #SPOTY— Matt D (@matdicko) December 17, 2017

How did tommy fleetwood not get on the shortlist for #SPOTY overlooked surely because all the coverage for golf is all on sky sports and not the BBC..having a speed skater in there who no1 has heard off and a tae kwon do person aswel— Matt Horsfield (@matthorsfield22) December 17, 2017

@BBCSport #spoty good to see the likes of snooker,darts, horse racing and golf all get recognised as a sport in great detail tonight! Anything to do with you being outbid to broadcast them live..still a sport!— Andy (@andymc296) December 17, 2017