By the looks of his dancing, Brooks Koepka may want to stick to his glittering golf career... 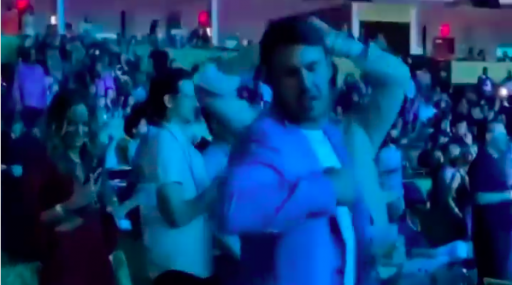 Brooks Koepka might be a super-human golfer who has won four major championships, but everyone has a right to enjoy themselves in their downtime - and that is exactly what he appears to be doing right now!

The former World No.1 was filmed on Instagram having a good dance and enjoying himself at a public event with what looked to be one of his friends.

It is not clear what event he is at, but there is a lot of people there who are also enjoying themselves as well. However, Koepka may need to work on his dance moves before his next night out.

Koepka has been as solid as ever on the PGA Tour in 2021 with a win at the Waste Management Phoenix Open and seven other top-10 finishes.

The World No. 7 has won eight PGA Tour titles to date so quite frankly, he has earned the right to have as much fun in his leisure time as he wants.

"He just ball struck his way around that place," one fan said.

"Miami Vice called. They want their wardrobe back," another fan said.

"And just like that he just became just as corny as Bryson," another fan commented.