Golf tee times in England are going by the second

English golf clubs enjoying their "busiest" time as the sport gears up to resume in the country this Wednesday... 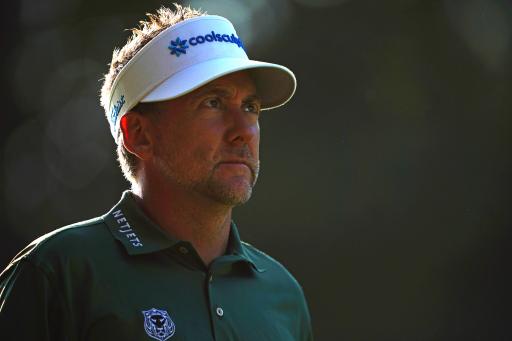 English golf courses are expected to be packed on Wednesday as the country welcomes a return to the sport during the coronavirus lockdown.

UK Prime Minister Boris Johnson announced sports such as golf and tennis would be allowed to resume, and the news was then quickly confirmed by England Golf and the R&A that golf courses were allowed to reopen as of Wednesday May 13.

As a result of the re-introduction of golf in England, one website intelligentgolf, a software provider for golf clubs that manages their tee time bookings, has seen a surge in traffic over both Monday and Tuesday this week.

"We have experienced a monumental 400% increase in traffic, and have been working around the clock to support our customers so that golf club members can schedule their tee off times in line with government guidelines," said intelligentgolf managing director Jamie Abbott.

England Golf has since confirmed that the vast majority of its courses will reopen on Wednesday despite the short timeframe with which to get everything up and running.

"We are so excited that we can start again," England Golf Jeremy Tomlinson told The Guardian.

"To the best of my knowledge, the majority of those 1,800 golf courses will be open on Wednesday. I don’t know what the exact percentage will be but I think it will be very high. Golf clubs, no matter what their size, will want to get back on the journey to financial stability.

"There is golfer pressure, and not just from the 640,000 golf club members, but there’s another two million who play golf avidly who want to get back to playing. So there’s a great incentive for golf clubs to reopen."

Social distancing guidelines for golf have been put in place from the R&A whereby players must remain two metres away from their playing partner.

Bunker rakes will be removed and players must not touch the flagstick. Clubhouses and pro shops will also be closed to ensure there are no gatherings of people.

The extent of golf's popularity in England this week has been divulged perfectly by Hartford Golf Club in Cheshire, who told The Telegraph that Monday had "been the busiest day we've ever had here but also one of the most exciting."

The club added: "The phone has been ringing off the wall all day We have booked about 100 tee times when we are allowed to reopen on Wednesday, with our members desperate to get back on the course."

Wales has been given a given light to reopen golf courses at the same time as Ireland on Monday May 13. Scotland, however, is still resisting the urge to reopen its golf courses.