Golfers in England can play with someone outside their household

UK government confirms golfers can play in a two-ball with their friend during the coronavirus lockdown... 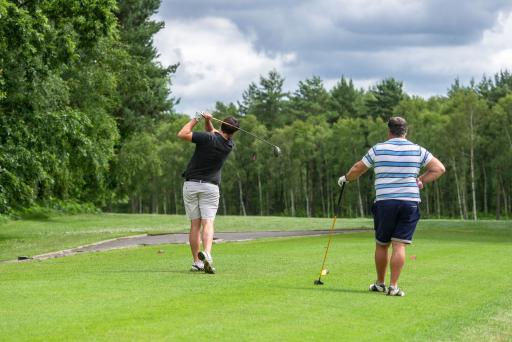 Golfers in England will be allowed to play in a two-ball with their friend when golf courses reopen in the country this Wednesday, it is has been confirmed by the UK government according to The Telegraph.

Initially it had been believed that golfers in England would only be allowed to play as a single or in a two-ball with a family member in their household, but as of Monday afternoon this has now been extended to a friend not living in their household. Three-balls and four-balls are not permitted, as it stands.

"When the official documents were released at 2pm on Monday, the 'household' requirement was not present and  the game in England breathed a sigh of relief," read The Telegraph report.

"Two-balls featuring golfers from different households will be allowed. It is not business as usual, but it will be an enticing scenario to many."

Foreign Secretary Dominic Raab hinted that this would be the case during his interview with BBC Breakfast's Dan Walker on Monday morning.

"If you're out in the park and you're 2 metres apart... you can meet up with other people"

"If you go out of home to the park for exercise or whatever it may be, you can go with a member of your own household," said Raab.

"If you are out in the park and you are two metres apart, we are now saying that you must use some common sense and meet up with other people.

"The key thing is that people want to get outdoors, particularly with this weather, and for mental health and the frustrations of being cooped up for too long a period, we want to make sure that people can enjoy the outdoors more.

The UK government has now set out a 51-page dossier on the three-phase strategy for gradually lifting the current restrictions, and they have titled it 'Our plan to rebuild'.

RELATED: GOLF COURSES TO REOPEN IN ENGLAND THIS WEDNESDAY

"But people must stay alert because the more we do some of the things we want to do, the more we need to be careful about this social distancing.

"People keep the two metres social distancing then they will be fine in those outdoor spaces."

Scotland has confirmed it will not be reopening golf courses this week, and neither will Wales or Northern Ireland.

Ireland is expected to reopen its courses on May 18.