Golf will make debut at Commonwealth Games in 2026

Golf will join BMX and coastal rowing in making their first appearances at the 2026 Commonwealth Games to be held in the Australian state of Victoria. 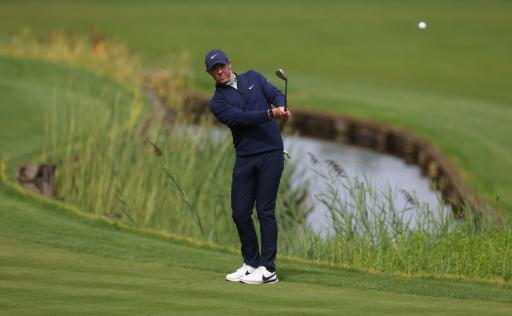 Golf is set to feature for the first time at the Commonwealth Games in 2026 as revealed in an announcement by the organisers.

The 2026 games, or the XXIII Commonwealth Games, will be held across Geelong, Bendigo, Ballarat and Gippsland in the Australian state of Victoria.

Golf has appeared at the last two Olympic Games too. Justin Rose took home the Gold medal six years ago in Brazil and Xander Schauffele joined the Englishman on this exclusive winner's board in Tokyo last year.

Golf returned to the Olympics in 2016 for the first time in 102 years. A vote was passed in 2009 after a presentation by OWGR chairman Peter Dawson, Ty Votaw, Padraig Harrington, Michelle Wie, Suzann Pettersen and Matteo Manassero.

"We are thrilled to confirm the Sport Program for the 2026 Commonwealth Games, with the additional sports proposed by Victoria 2026 completing an exciting and diverse line-up," said Commonwealth Games Federation President Dame Louise Martin.

"The Games are set to be competitive and action-packed, featuring an extensive, fully integrated Para Sport Program, the debuts of Coastal Rowing, Golf and BMX, the return of Shooting and the scintillating 3x3 Basketball.

"The Program is rooted in the CGF's 2026-30 Strategic Roadmap, which provides hosts with greater flexibility to propose new sports, especially ones with specific local relevance that will enhance cultural showcasing and increase community engagement."

PGA Tour and DP World Tour players from England, Northern Ireland, Scotland, Wales, South Africa, Canada and Australia will be able to compete for places on the podium. The venue for the golf event is yet to be decided.

"This is a great win for golf. This announcement validates golf's increasing popularity and the enormous growth that the sport has enjoyed over the last three years," said Golf Australia chief James Sutherland.