Sandy Jones was regarded as one of the most influential figures in European golf for his work in evolving the PGA and the Ryder Cup. 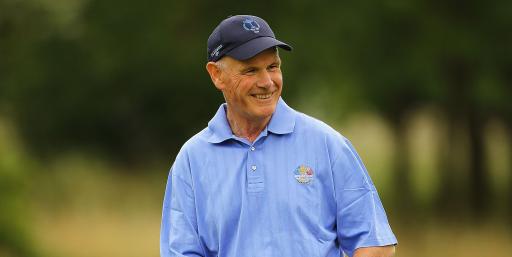 The golf world has paid tribute to former PGA chief executive Sandy Jones who passed away at the age of 74 after a short illness.

Jones first joined the Association in 1980 and served until he retired in 2017. He was also the president of the Golf Foundation which aims to bring golf to young people from all backgrounds.

The Scot took up golf in 1959 when he found the clubs his mother used to play with at his home in Gartcosh in Scotland. Despite failing his 11-plus exam, Jones came through school to receive offers from universities in Glasgow and Strathclyde.

He chose to train as a structural engineer and he also became a member of Mount Ellen Golf Club. In 1978, he became president of the Lanarkshire Golf Association at the age of 32.

"Over the last 40 years, Sandy made a huge contribution to golf at all levels of the game, from the grassroots right through to the Ryder Cup," said Guy Kinnings, the DP World Tour deputy chief executive, chief commercial officer and Ryder Cup director.

"He was hugely respected and his passion for our sport was obvious to all of us who were fortunate to meet him and work closely with him.

"In terms of the Ryder Cup, he played an integral role in helping it become the global sporting occasion it is today.

"Everyone associated with Ryder Cup Europe and the European Tour Group is deeply saddened to learn of his passing, and our thoughts are with his family and many friends at this sad time."

Jones then took up the role of Scottish region secretary at the PGA in 1980. He was in this role for 11 years and he helped to quadruple the Tartan Tour's prize money to just under £1 million.

In 1991, Jones was trusted with control of all seven PGA regions as the chief executive. The Association's training manual was updated based on his own philosophy in 1993 and the National Training Academy was opened at the Belfry in 1994.

Working with the University of Birmingham, this now offers a foundation degree in Professional Golf Studies and an honours degree in Applied Golf Management Studies.

"Our time overlapped for a lot of years. Sandy was obviously very experienced and always had a level head in a crisis, although there weren’t too many of those, thankfully," said Peter Dawson, the former Chief Executive of the R&A.

In Jones' time as chief executive, thousands of students graduated. This included players from China, India, the Middle East, the Far East and Europe.

The Ryder Cup was played twice at the Belfry during Jones' time as PGA chief executive. Working with Richard Hills, he invented the Ryder Cup Development Trust.

His retirement likely involved playing golf at Little Aston and spending time with his wife Christine, her son Darren and their grandchildren.

"He was a great lover of the game and passionate about the Ryder Cup and Ryder family," Hills said. "He and I worked together with Ken (Schofield) and George (O’Grady) in the modernisation of the Ryder Cup."

"He joined a number of us in making the Ryder Cup into what it is today," added Ken Schofield, the former chief executive of the European Tour.