No seriously, this actually happened for one lady golfer... 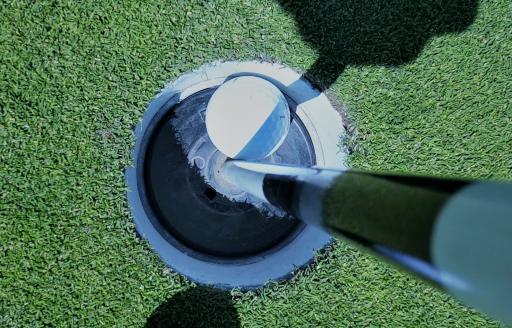 Holes-in-one are tricky little fellas to find. Some have had at least one, but many have had none.

How about two aces in the space of about half an hour? Unthinkable surely? Well that is exactly what American pro golfer Lindsey Harrison managed to achieve on Monday when making two holes-in-one on consecutive par-3 holes.

Lindsey Harrison straight SWISHED IT TWICE on the back side today!!!!! #SheGotGame pic.twitter.com/zSHMnrnwwE

Lindsey played her first four holes of the back nine in 1-over par before bouncing back to level-par with a birdie at the par-5 14th.

Then the fun really started to happen for Lindsey at the 168-yard par-3 15th as she hit a cut 5-iron into the heart of the green as it rolled into the cup for an ace.

She cooled down with a par at the par-4 16th, and then incredibly made her second hole-in-one of the back nine, this time with a cut 9-iron at the 140-yard par-3 17th.

Understandably shocked as to what had just happened, Lindsey went on to make bogey at the 18th to come home in 32 strokes.

Well, how impressive is this? 2 holes in one in 9 holes. Casual @lindseyh15_ !!! pic.twitter.com/KDKwQ4FZbX

Her playing partner Fatima Fernandez Cano could not believe the scenes and posted her photos and the scorecard straight up on Twitter for the world to see.

Judging by the comments to the post, a number of followers were bemused as to why Lindsey had walked up to the green with her putter in hand!