From cleaning your ball on a flag to wearing rugby boots on the course... here is a round up of shocking golf tales. 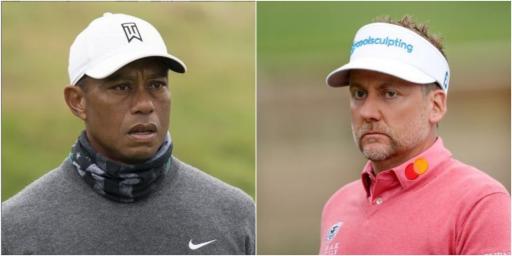 Amateur golf is a crazy game sometimes and we've all seen things which beggar belief.

Here at GolfMagic we decided to reach out to our 175,000 Facebook audience and ask what is the worst thing they've ever seen on a course.

We had a huge number of responses and some of them we find difficult to believe and require proof whilst some are just downright hilarious.

Some took the time to suggest they'd seen someone spitting directly into the cup before pointing out they were in fact watching Sergio Garcia.

Whilst another pointed out they'd actually watched someone hit a moving ball on the green before telling us they were watching that infamous Phil Mickelson moment.

There were some disgusting responses to our question which we won't commit to writing but let's take a look at some of the best from our Facebook.

What do you think of Phil Mickelson’s decision to intentially hit a moving ball? pic.twitter.com/n0dCGfutvt

Ty Williams: "Had a random who would move everyone around so we & our shadows were out of his complete line of sight. He shot a smooth 100+"

John Urrutia: "Guy finished his round threw his clubs in a pond. Then asked cart barn guy if he'd get them out of the pond for 100 bucks. Gets his clubs back takes his wallet and keys out of the bag, pays the guy and throws bag back into the pond!"

Pete Hendy: "Playing behind someone who took 10 practice swings every shot...and he was crap."

Emlyn Harris: "Saw Alan Smith deliberately hit a drive at an innocent pony before just out of spite."

Alan Smith: "Emlyn he inadvertently wandered into the trajectory."

Kasch Bourbeau: "Played behind a couple who never played golf before and they were both wearing 1-inch soccer cleats (after rain). They really f***** up 5 greens before the pro shop caught up to them".

Susan Ferguson: "Clean their ball on the flag."

James Adams: "Some idiot wearing rugby boots and walking on the greens!"

Darren Barlow: "Kicking a hole bound birdie putt onto the next green..."

We all know an angry golfer... ⛳️ pic.twitter.com/BSMtupzfRL

RELATED: WHAT GOLF BALLS DO THE WORLD'S TOP 20 USE?

NEXT PAGE: MEET THE PGA TOUR PRO WHO DRESSES LIKE DECHAMBEAU