Here's the ruling when a golfer takes their club away and the ball moves!

Did you know about this golf rule when a ball moves? 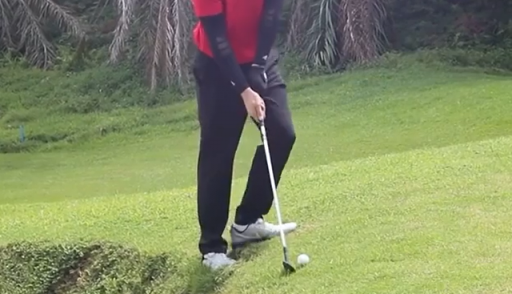 It might be a New Year but the golfing rulebook very much remains the same in 2021 - sadly for this unlucky golfer who fell foul of the rules when his ball moved during his backswing while playing a chip shot.

While we don't particularly admire how long this golfer in question takes to play his shot, he certainly came unstuck by Rule 9.4 as his ball moved backwards into the bunker while taking his club back.

NOW WATCH BELOW: 5 GOLF RULES AMATEURS BREAK WITHOUT EVEN KNOWING!

"It must be determined that the player caused the ball to move, for this determination we use the 'at least 95% virtually certain' assessment," writes GRQ.

"The ball had not moved until the club was moved away (falling into the depression left behind), so there is at least 95% certainty that it was the player that caused the ball to move.

"The player incurs a one-stroke penalty (the ball was at rest in the general area), and they must replace the ball (do not play it fromt where it came to rest). Rule 9.4."

GRQ adds: "If the player hadn't caused the ball to move, then it's no penalty and you play it as it lies (exception is when on the green after marking, lifting and replacing."