Hudson Swafford secured a spot at the 2021 Masters after claiming his second PGA Tour title on Sunday. 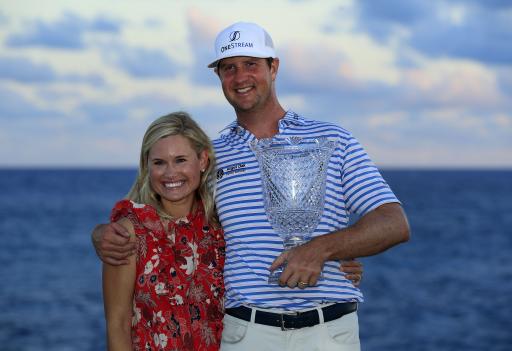 Hudson Swafford has stamped his ticket to the 2021 Masters after surviving a final-round scare to clinch the Corales Puntacana and Club Championship.

The World No.345 saw his four-shot lead disappear in just three holes, but Swafford made a fantastic birdie at the par-3 17th to regain his place at the top before saving a par at the last to win his second PGA Tour title.

Swafford shot a three-under par final round of 69 to finish the tournament 18-under par with Tyler McCumber one stroke behind in second place and Mackenzie Hughes in third who bogeyed his final hole to finish 16-under par.

After spending some time on the sidelines due to injury in the 2018/19 season, Swafford had surgery in July last year to remove a bone in his right foot.

“And that’s what I do for a living is walk,” Swafford said. “Ended up finding out I had a broken bone in the bottom of my foot that it had to be removed. They took it out. The bone was dead. I felt like I had just gotten confidence back and then that setback was there.

During Sunday's final round, Swafford made a double-bogey at the par-4 13th and then lost his lead when making bogey at 15.

The American responded well and stuck a 6-iron close at the par-3 17th to tap in for birdie, before he salvaged a par at the last.

Swafford's first victory came at the 2017 CareerBuilder Challenge and his second win means he now has invitations to Sentry Tournament of Champions and the 2021 Masters Tournament, as well as next year's Players Championship and PGA Championship.