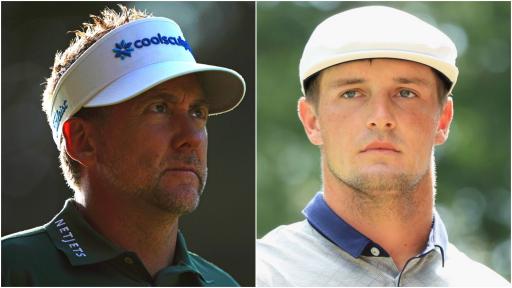 Ian Poulter has told golf impressionist Conor Moore that playing golf with Bryson DeChambeau for the rest of his career would make him want to quit the sport.

Poulter was speaking to @Conor_Sketches on Instagram about all things golf, potentially playing the Ryder Cup without fans and his dislike for playing alongside DeChambeau.

Poulter also explained that playing alongside Hosung Choi would frustrate him, too.

WATCH THE FULL INTERVIEW BELOW

Great banter with the Postman on this weeks Conor Moore Show !

Imagine... all .... the ... golfers!!! ( Via @golfchannel ) Guys needed to keep the spirits high considering there’s no golf for a couple of months !!

Throwback Thursday - Here a snippet from the Ryder Cup documentary where I did the Mock “press conference” for the players when they landed in France! Some good pieces from the video and player reactions . . . #rydercup #lagolfnational #hehehe #teameurope #golf