"It's getting hard to watch Tony Finau at the weekend"

In the latest episode of the GolfMagic chat show, we discuss  the 3M Open, Tony Finau's inability to get the job done and our betting tips for the 2020 WGC-FedEx St Jude Invitational. 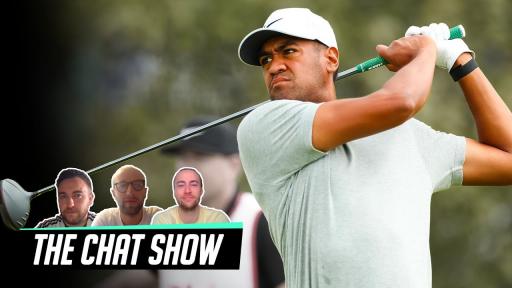 Tony Finau is one of the most-liked golfers on the PGA Tour and he's clearly got tonnes of ability, but with just one win to his name coming at the 2016 Puerto Rico Open, the 30-year-old is one of the biggest underachievers on tour.

In the latest episode of the GolfMagic chat show, we discuss Michael Thompson's 3M Open victory, Finau's continued weekend problems and our top betting tips for the 2020 WGC-FedEx St Jude Invitational. Watch the latest episode in the video below:

Michael Thompson held his nerve in Minnesota to win his second PGA Tour title at the 3M Open on Sunday.

A host of players were breathing down Thompson's neck but the American produced some fantastic golf over the final few holes, first by reclaiming the outright lead with an incredible sand save to make birdie at 16, before making a par at the par-3 17th and finishing with a birdie at the last to beat Adam Long by two shots.

Thompson hadn't won since his maiden PGA Tour victory at the 2013 Honda Classic, but after adding win No.2. the 35-year-old is optimistic about the upcoming tournaments, with the US Open being played at Winged Foot, Thompson's "favourite course in the world."

WILL TONY FINAU EVER WIN ON THE PGA TOUR AGAIN?!

Finau might be in excellent form right now, but after becoming the strong favourite to win the 3M Open heading into the weekend, the one-time PGA Tour winner will be bitterly disappointed not to beat what was a fairly weak field surrounding him at the top.

The second-toughest green to hit on Saturday.

The 30-year-old possesses power off the tee and his iron game is extremely solid, but it seems week after week his putter lets him down. Yes, it has improved since he switched to the claw grip and he drains a few long putts from time to time, but it still seems to be the deciding factor that stops him winning tournaments.

With 30 top 10 finishes without a win since the 2016/17 season, Finau is one of the most consistent players on the PGA Tour over the last few years, but these guys play to win and if he can't find his second victory soon, we fear a mental block could possibly stop him from ever winning again.