Jack Nicklaus: "It will be tough" for Tiger Woods to break my record

Jack Nicklaus believes it will be "tough" for Tiger Woods to eclipse his record of 18 major victories. 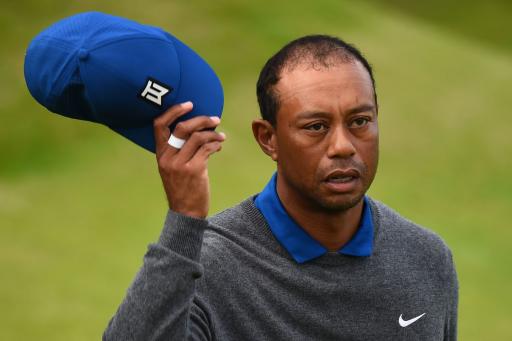 Jack Nicklaus believes it will be a "tough" task for Tiger Woods to now beat his haul of 18 major victories following his performance at last week's Open Championship.

Nicklaus made his feelings known after watching Woods miss the cut in golf's final major of the season at Royal Portrush.

Woods, 43, was seen grimacing after several shots during his rounds of 78 on Thursday and 70 on Friday.

"Tiger's getting older - we all do that," Nicklaus told BBC Radio 5 Live. "He's had a lot of surgeries, those things add up."

Woods rolled back the years at this year's Masters in April when clinching his first major title since the 2008 US Open to move up to 15 career majors and just three behind Nicklaus.

RELATED: HOW AND WHEN TIGER WILL BEAT NICKLAUS' MAJOR RECORD

At the time of Woods' Masters triumph, he said "I'm shaking in my boots" at the prospect of Woods beating his record.

But now he's not so sure.

"I don't know, probably," answered Nicklaus when quizzed whether it was less likely Woods would break his record.

"I don't want to put down Tiger by any means, because Tiger - what a work ethic he's got and how great he's been. What he's done has been fantastic, and we certainly can't fault any of that. But it's tough [to beat the record]. It's tougher."

Nicklaus said he had suspected Woods' lacklustre performance on the links in Northern Ireland was down to "not feeling well" due to his lack of competition and tournament practice prior to the tournament.

"You don't go in to the Open Championship, particularly the last major of the year, and not really have played very much golf, and not prepared," said Nicklaus.

"That's not Tiger. So he had to be hurting. And when he's hurting, that's got to affect his swing, it's going to affect him mentally, and he's going to struggle from it.

"Whatever he does in the future, golf-wise, is probably really not that important. What's more important is that he's healthy, and what golf he does play he enjoys."