James Heath takes trousers off to play shot from water 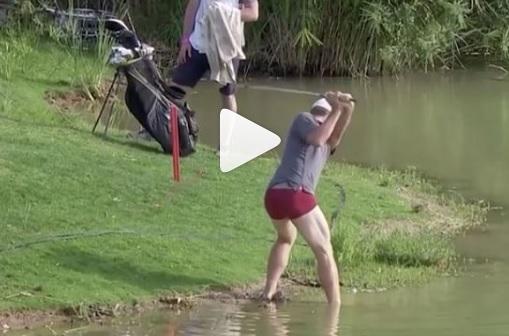 Golfers are very much like boxers in the sense they will fight until the very end.

With thousands of euros up for grabs on a regular basis on the European Tour, if the ball is visible and not out of bounds, it's playable in the eyes of a Tour pro.

James Heath flew the green with his tee shot to the par-3 17th on day one of the Trophee Hassan II and found the water. But instead of heading to the drop zone, the Englishman decided to drop something else.

Unfortunately his effort still led to a bogey and a round of 4-over 77, but you cannot fault the commitment of the lad. Great effort James!