Tiger Woods former caddie Steve Williams is coming out of retirement to team with Jason Day. 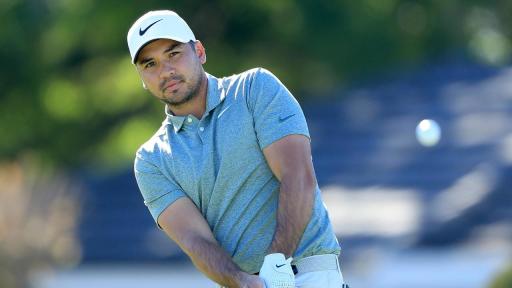 Jason Day was seen practicing with Tiger Woods' former caddie Steve Williams at Pebble Beach on Saturday and Day has now confirmed that the pair will be teaming up for the U.S Open this week.

Steve Williams made his name caddying for Tiger Woods for 13 of his 15 major titles, including a U.S Open victory at Pebble Beach back in 2000, when Tiger won by 15 strokes and set a major-championship record.

After Woods and Williams split, Williams spent 2011 to 2017 working with another one of the world's best, Adam Scott, helping Scott to victory in the 2013 Masters Tournament.

Williams retired from the bag in 2017, but will be coming out of retirement to help Day try and win his first U.S Open. The world No. 16 is yet to confirm whether pairing with Williams is perminant and what it means for Day's regular caddie and longtime friend Luke Reardon.

Day has just one major to his name so far, that being the 2015 PGA Championship. He's missed the cut at the last two U.S Opens but has five top 10 finishes in eight U.S Open starts, including two second-place finishes in 2011 and 2013.

Injuries have caused Day a few problems as of late, with his last win on Tour dating back to the 2018 Wells Fargo Championship. Day has missed the cut in both the PGA Championship and Memorial Tournament, but has a good track record round Pebble Beach, finishing T4 at the AT&T Pro-Am there in February.