Jason Day has seeked the help of Tiger Woods to adjust his swing to overcome his back injury. 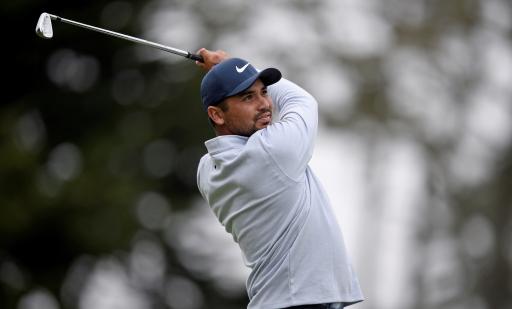 Jason Day revealed he has been using Tiger Woods as a coach to help him not only improve hsi swing, but also adjust it to stop him further damaging his back and shortening his career.

The Aussie star has suffered with a chronic back injury for many years, which has seen him miss out on a number of events and forced him to withdraw on multiple occasions.

Day split with his coach just over a month ago and told the media ahead of this week's BMW Championship that he has been working with Woods since then.

"Ever since me and Col (former coach) kind of split up, I kind of reached out to him and started chatting to him about the swing," said Day.

"Obviously someone that's won 82 times, you kind of have to listen. Every swing I have on my phone is either myself or Tiger's swing, so any time I get a Tiger swing from my buddies, I send it straight to him and then we chat about the swing."

Not only does Woods have a wealth of experience and knowledge that he can share with Day, but the 15-time major champion has had to adapt his own swing due to the numerous back injuries he has dealt with, that have led to major surgeries, to the point where Woods thought he would never play again.

Day explained to the media that Woods has been helping him to alter his swing and change certain movements to relieve pressure from his back.

"Well, it's more about the process of changing my swing to alleviate the back pain. I know that his back is far worse off than what mine is. I've never had major procedures on my back like he has, so I'm in a better situation there.

"So currently right now I talk to him about certain positions in the golf swing to kind of help me in regards to making sure that my swing doesn't hurt it along even further than what it is right now.

"I've been trying to work on some of the things that myself and Tiger have talked about, things like getting deeper in the right hip, being able to feel that the right hip -- it's weird to say, but like on the downswing getting that right butt cheek back so that I can actually turn easier on my left side because currently what's really kind of hurting me is I early extend in the golf swing down through impact. That's putting a lot of pressure on my back."

"It's been an interesting kind of situation going back and forth with him over the swing because I completely -- you know how sometimes Tiger will talk in circles and you don't understand what he's talking about? When it comes to the golf swing, I completely understand him. It's been actually quite refreshing that way."