Jon Rahm reveals he "got dirty looks for speaking Spanish"

Jon Rahm opened up to the media on why it is so important to raise awareness for the battle against racism and discrimination. 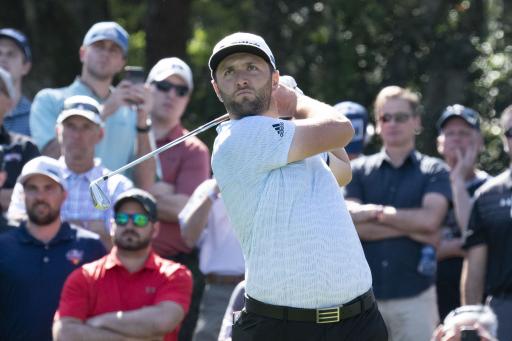 Jon Rahm is set to play his first round of competitive golf in over three months as he looks to mark his return with a victory at the Charles Schwab Challenge this week, but speaking to the media ahead of the tournament, the Spaniard opened up on some more important matters.

Following the death of George Floyd, protests - some peaceful, some violent - have flooded the entirety of the United States, whilst protests are now taking place in London too.

Rahm has been very active on Twitter, raising awareness to the Black Lives Matter campaign, spreading messages in both English and Spanish to show his support to the black community.

Speaking to the media ahead of this week's Charles Schwab Challenge, the World No.2 was asked by the media why it was so important for him to share some of those messages.

Rahm, who grew up in Spain but has lived in the United States for many years to pursue his career, opened up on his own experiences of discrimination and although admitted it's nothing like what members of the black community go through, it still had an effect on his life.

"As a Hispanic immigrant in the U.S., even though I'm not even close to experiencing what some people have experienced in this world, even myself just speaking Spanish with one of my teammates or with people in some public areas, I've gotten dirty looks," said Rahm.

"I've never been racially profiled for the colour of my skin, but I have had some experiences. And it's not a good feeling.

"And also we had a black girl on the golf team, I have black friends, I'm friends with a lot of athletes, and at the same time as a human being, I can't fathom the reason why anybody would treat somebody differently just the way you look or they sound or what you believe in. We're all the same. We're all human beings, and we should all be treated the same way.

"To me it's as simple as that. And when this whole thing broke out, I've tried to reach out to understand more profoundly what's going on because if I've somehow experienced a little bit of what racism can be like, I can't imagine what some people have experienced throughout their whole life, right. And at the same time, as an athlete let's say in a mainly white sport with somewhat of a platform on social media, I believed it was my duty to -- at least not my duty but my belief to support this cause and try to reach as many people as possible.

"I understand you can't make everybody aware of everything, but if I can just have one more person understand the situation and support it, to me it's a win, right, so hopefully a lot of people got to know about it, and also being somebody who's from Spain, by posting in English and Spanish, maybe some people in Spain understand the gravity of the situation and maybe they try to think of how they've treated people in the past."

NEXT PAGE: Justin Thomas AGAINST being mic'd up for Charles Schwab Challenge