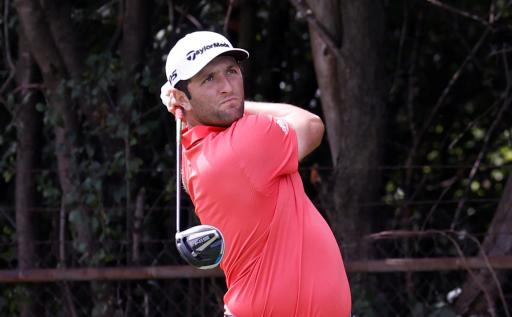 The win vaults the 25-year-old Spaniard up to second behind Johnson in the FedEx Cup standings heading into next week's season-ending Tour Championship, which will decide who wins the FedEx Cup.

The playoff win will come as some relief for Rahm, especially after making his lone bogey of the weekend when receiving a one-stroke penalty after picking up his golf ball before putting a marker down behind his ball on Saturday.

Rahm had fired a best-of-the-day 64 to reach 4-under par for the tournament, and it was a score that was matched by Johnson, who made an incredible birdie putt on the 72nd hole to force a playoff. Watch Johnson's impressive birdie putt on the 18th below...

INCREDIBLE. @DJohnsonPGA with a MUST-MAKE putt to force a playoff @BMWChamps.

It marks Rahm's first Playoffs victory but he still remains second behind Johnson in the world rankings.

Joaquin Niemann and Hideki Matsuyama finished in a tie for third on 2-under par, while Tony Finau claimed solo fifth on 1-under par.

Rory McIlroy ended up in a tie for 12th on 3-over par, while Tiger Woods slumped to a tie for 51st on 11-over par - a result that ends his PGA Tour season after failing to make the top-30 that will head to the Tour Championship.

JON RAHM: IN THE BAG