"I missed my right side of the fairway by 20 yards-ish," says Open champion Spieth. 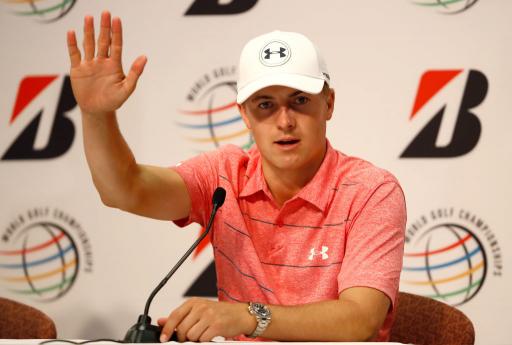 Jordan Spieth would like you to know his drive down the par-4 13th in the final round of The Open at Royal Birkdale last month was not quite as bad as you might think.

Sky Sports commentator Wayne Riley, who was walking with the final group of eventual winner Spieth and runner-up Matt Kuchar, described the shot at the time as being "close to 120 yards offline."

But in the eyes of three-time major champion Spieth, it was closer to being "20 yards-ish" off his intended target line.

THE OPEN: SPIETH'S CADDIE NOTES FROM FINAL ROUND ARE A SIGHT TO BEHOLD

"The one on 13, I’ll say it now because on coverage it was quoted as being 100 yards right," said Spieth, addressing the media ahead of this week's WGC-Bridgestone Invitational.

Spieth explained that his plan throughout the week had been to hold a draw against the prevailing wind, but given the rainy conditions in the final round he opted to aim further left and play a fade.

According to Spieth, water got trapped between the ball and club face to accentuate the error he made by opening the club face.

Spieth ended up in the hay and was forced to take an unplayable, but the American took his time over the drop by going all the way back to the practice range, some 240 yards out to play his third shot.

And as we all know, Spieth went on to make a bogey-five before sprinting home for the Claret Jug by playing the final five holes in 5-under to run out a three-stroke victor.

"I missed my right side of the fairway by 20 yards-ish and it hit a guy in the head and then went over the next mound - so essentially it was 20 yards offline,” he said.

"I hit balls further offline than that on a regular basis, but where it ended up and what it looked like compared to the fairway for viewership was way offline.

"It really wasn’t that bad. I mean, it wasn’t a good shot. It was a foul ball to the right, but I need to back myself up here in saying that I’m capable of hitting worse shots than that."

Spieth will bid to win a third consecutive tournament as he goes in search of landing a first WGC title this week.

He tees off alongside Rory McIlroy and Jason Day for the opening two rounds, both of whom we caught up with last week...