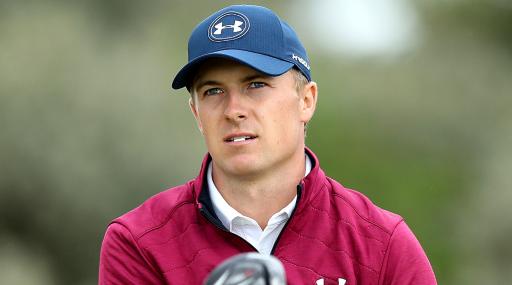 There has been plenty for us all to chew on after two rounds of the 146th Open Championship at Royal Birkdale. None bigger than are there golf-related benefits to chewing gum on the golf course?

Jordan Spieth had never previously chewed gum before this week. That was until his instructor Cameron McCormack passed him some mint gum on the practice range on Thursday.

The three-time major champion's response to chewing gum would have passed for an Orbit commercial.

"I brushed my teeth and then I ate breakfast, and then I got out here and Cameron offered me a piece of gum," said two-time major champion Spieth, who currently leads the Open by two strokes heading into the weekend following rounds of 65 and 69.

"I was 1-under through two holes and I thought I better keep it in and it's still in now. It's probably about time for a new piece.

"Payne Stewart used to do it and it served him well, but I think mint has some sort of effect on nerves."

Never a gum chewer before, Spieth employed the use of another piece of gum for his second round on Friday, sending golf's social media into a fury.

Sifting through scientist research about the positive effects of gum chewing, it's hard to know exactly what to think. Some studies provide chewing gum lowers stress levels, while others indicate it promotes clear thinking, but only if you time it right.

A discovery made by researchers at St Lawrence University in New York found that student test scores improved if they chewed gum just prior but not during an exam.

It remains to be seen whether Spieth passes the ultimate examination paper of leading an Open heading into the weekend.

Golfer charged by police after trying to qualify for Wells Fargo Championship
Golfer hits shot whilst sitting in a tree, but what's the ruling?
Previous
Spieth surges ahead as McIlroy makes move at Open
Next
Branden Grace shoots lowest ever round in major at Open