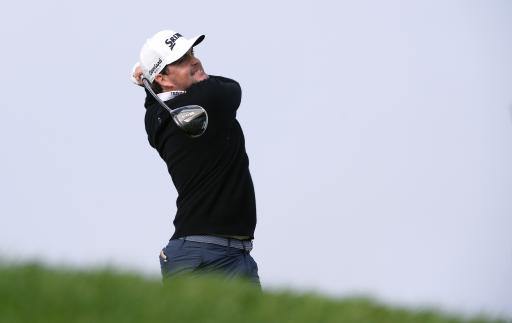 When it comes to drivers that are built to conquer the dreaded slice, it's not often that you see them in the bags of Tour professionals, but Keegan Bradley is loving the new TaylorMade SIM Max-D.

Bradley recently played in the Farmers Insurance Open at Torrey Pines where he finished in T16 at seven-under par, earning himself $114,375 in the process, a pretty decent week for the American.

The one-time major winner opted to put the TaylorMade SIM Max-D driver in his bag for the week, a driver built to help players combat the slice.

The SIM Max-D is engineered to help golfers avoid the right side of the course via a strategically placed heel-bias internal weight and divergent topline masking, which makes the driver look more open at address helping golfers close the face at impact. The draw-biased design promotes the highest launch and offers the largest, most forgiving face in the SIM lineup.

Lee Westwood on Downing Street Christmas party: "The RATS are on the ship"
Golf Rules: What was the ruling for this Kevin Na MISHAP in 2011?

Being a professional golfer - and a major champion - Bradley isn't using the SIM Max-D because he's slicing the ball, but because he loves the left bias it provides.

Bradley likes how the SIM Max-D sits at address as the clubface doesn't look closed to him and he prefers the larger and deeper face of the driver, compared to the typically smaller faces found in low spinning drivers.

To help the average golfer keep more square at impact, the standard SIM Max-D driver features internal weighting at the heel, but Bradley has customised his driver to better suit his game by adding 'hot melt' in the toe section of the head to reduce the draw-bias weighting.