Lorenzo-Vera loses to Lagergren in playoff, gets emotional in interview 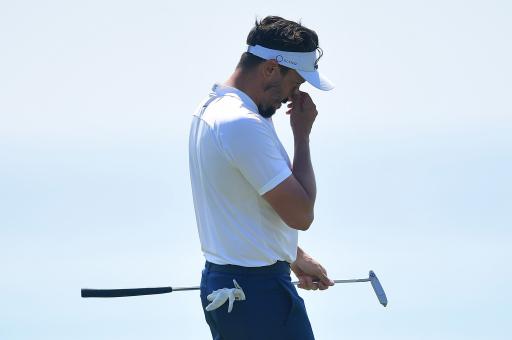 Mike Lorenzo-Vera could barely get his words out after being narrowly denied his maiden European Tour title when losing out to Joakim Lagergren at the Sicilian Open.

Lagergren, who celebrates his maiden European Tour title, birdied the first extra hole at Verdura GC to deny the Frenchman who also finished second the previous week at the GolfSixes alongside Romain Wattel.

"What can I say? He made a birdie on the last and I didn't really have a chance," said an emotional Lorenzo-Vera. "It was the kind of day where I was a bit far from the pins so it was hard to score low for me. He took his chance better than me.

"I gave it a go, I tried my best, he did it better than me. Now I'm just going to have to work more to be able to finish the job."

Watch his emotional video interview below...

An emotional Mike Lorenzo-Vera after his runner-up finish in Italy. @mikelorenzovera_progolf #RFSicilianOpen A post shared by European Tour (@europeantour) on May 13, 2018 at 12:09pm PDT

Lagergren, who celebrates his maiden European Tour triumph in 131 attempts, is now the second first-time Swedish winner in three weeks after Alexander Björk's victory at the China Open.

"I've been waiting for this moment my whole career," he said. "I'm so relieved and I'm so happy at the moment, I can't describe it in words. I've just been fighting so hard to get to here, it's just awesome.