The TOTO Classic in Japan has been binned for the second straight year because of "continuing health concerns." 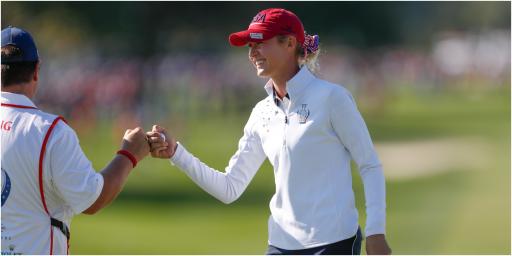 The LPGA Tour has announced the upcoming TOTO Japan Classic has been cancelled because of "continuing health concerns".

It was due to be played beteen 4-7 November at the Seta Golf Course in Shiga Prefecture.

The event wasn't played in 2020 either due the pandemic. It is the third event in Asia to be cancelled. It follows the Buick LPGA in China and the Taiwan Swinging Skirts LPGA in Taiwan.

There are now four events of the LPGA Tour schedule in 2021, which include the Cognizant Founders Cup in New Jersey, the Pelican Women's Championship and the CME Group Tour Championship - both in Floriday.

There is only one event left scheduled to be played as part of the Asia Swing: the BMW Ladies Championship.

In a statement the LPGA Tour said: "We thank our partners at TOTO, Sports Nippon Newspaper and Mainichi Broadcasting for their ongoing support and very much look forward to returning to Japan in 2022."

Celine Boutier won the last event of the LPGA Tour with a stunning victory at the ShopRite LPGA Classic. She signed for a final-round 63 to win at 14-under.

She told the official LPGA website:  "It was such a surreal day. This morning, I knew the course was scorable and that I had to shoot a low score to even have a chance.

"Then after No. 18, I had left everything on the course. But a couple of groups were left out there.

"I was expecting to go into a playoff. It was already in my mind having to prepare for that. The fact that neither Jin Young nor Inbee birdied 18 really left me kind of stunned. I’m still a bit surprised about it."

RELATED: THE REASON WHY TOM WATSON WARMS UP WITH HIS HYBRIDS