Man dies after trying to retrieve golf balls from lake

The man regularly dived for golf balls and then sold them with the proceeds going to good causes. 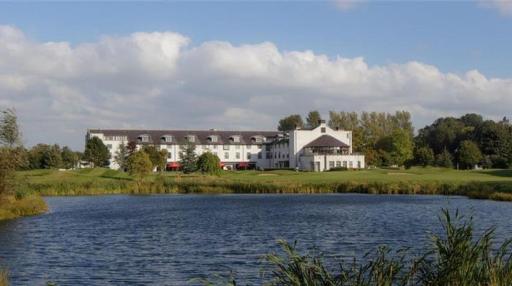 A man in his 50s has tragically died after trying to retrieve golf balls from a lake in Northern Ireland on Tuesday afternoon.

The incident happened at Hilton Hotel in Templepatrick, Co. Antrim, just after 2pm, according to a report in Belfast Live.

The man was pulled from the water by emergency services as soon as they arrived on the scene.

The victim was said to have regularly dived for golf balls in his spare time and then sell them with the proceeds going to a good cause.

"Police and other emergency services responded. Sadly, a man’s body was later recovered from the water," said a PSNI spokesman.

The Northern Ireland Ambulance Service also attended the scene after they received a 999 call at 2.17 pm.

NEWS: SHOULD DUSTIN JOHNSON BE ASHAMED OF ASKING TO PLAY IN CONTROVERSIAL SAUDI EVENT?

"A community is in shock after news of a this tragic incident," said UUP councillor Paul Michael.

"Our sincere sympathy to the family of this gentleman who has so tragically lost his life."

Cllr Jim Montgomery said: "It’s horrendous to even think about it. It’s such a terrible accident."

"My thoughts are of course with the family and friends of the individual who has lost their life. I’m very thankful for the efforts of the emergency services who, as ever, have been quick to respond."

Out thoughts are with the family and friends connected to the man.