Should Dustin Johnson be ASHAMED of asking to play in controversial Saudi event?

The American is among a group of eight golfers which allegedly include Tommy Fleetwood to ask to play in the Saudi International. 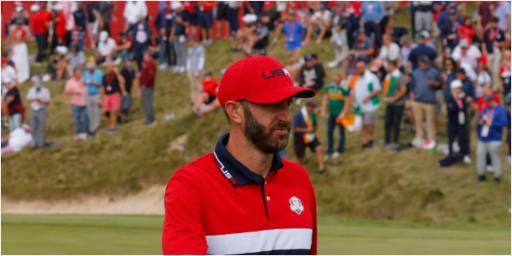 Dustin Johnson is reportedly among a group of eight golfers who have asked to play in the Saudi International.

Johnson is a two-time winner of the event which has been met with criticism because of the Saudis' human rights abuses.

No doubt players who play the tournament get a hefty appearance fee and that's before you even look at the dizzying prize purses.

RELATED: FANS REACT TO GOLF'S  "DAD OF THE YEAR"

Naturally, the default position for the European Tour and PGA Tour is to deny such waivers as it fights off a proposed, rival golf league.

Rory McIlroy has already been outspoken about the Saudi International and refused to play, calling it a "money grab".

Paul McGinley has previously spoken that a day of reckoning will come where the lawyers will get involved.

"We've spoken to the Saudis on a number of occasions," he added.

"We would love them to continue to be part of our tour but they see it a different way.

"They think golf is stale and want to come in as disrupters and change the whole DNA of the game."

The Saudi International will take place between 3-6 February at Royal Greens Golf and Country Club in King Abdullah Economic City.

Johnson's agent has previously confirmed they have asked for permission to play but they won't know the outcome until 4 January.

So should 37-year-old Johnson be vilified for lapping up the filthy Saudi riches?

Or is it just par for the course?

How this story will unfold will be interesting to see.

There is no doubt Johnson's team will be poring over whether it is legal for PGA Tour commissioner Jay Monahan to carry out his threats.