A man has been jailed for 16 months after selling £98,000 worth of fake merchandise. 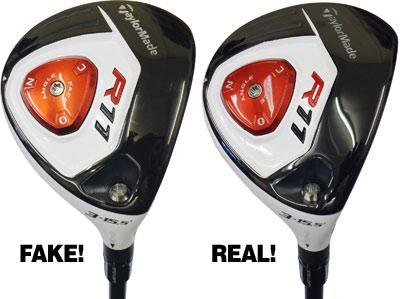 A professional golf tutor has been jailed for 16 months after he was found guilty of selling £98,000 worth of illegal golf merchandise to multiple people around the world.

The fake merchandise sold by Jack Colesliffe ranged from golf clubs, to covers and driver heads, over a period of four years, starting at the end of 2012 all the way through to January 2017.

Colesliffe lead buyers to believe that was he was selling were real products from high-end brands such as Scotty Cameron, whose putters can cost up to £500.

Prosecutor, Lee Reynolds, said that Colesliffe had previously been warned to stop selling the fake merchandise, but he ignored the request and continued.

Colecliffe, a 24-year-old man from Flintshire, Wales, admitted 17 charges, one of participating in fraudulent business, seven of unauthorised sale of goods bearing a sign that could be mistaken for a trade mark and nine of fraud.

An investigation had been ongoing by Denbighshire County Council officers, which had cost up to £70,000 including prosecution fees.

Defending John Wyn Williams said Colecliffe was just 17 when he started and “was very immature”.

Mr Williams said a pre-sentence report placed Colecliffe at a low risk to the public as he had no other offences and had been in Birmingham studying for a degree.

a pre-sentence report placed him at a low risk to the public, he had been studying for a degree in Birmingham and was a professional golf tutor.

Judge Niclas Parry, who was sentencing Colecliffe, said: “Over a period of four years, you carried out a fraudulent business trading in counterfeit golf merchandise worth £98,000,” the judge said.

He added: “The company responsible for the merchandise carried out test purchases and people worldwide were found to have been duped by you."

main jailed for fake golf gear
fake golf gear
Previous
How to play the flop shot like Phil Mickelson
Next
Why do some golf clubs use temporary greens, while others don't?