Cristiano Ronaldo heads to the golf course ahead of Manchester United's final Premier League game of the season. 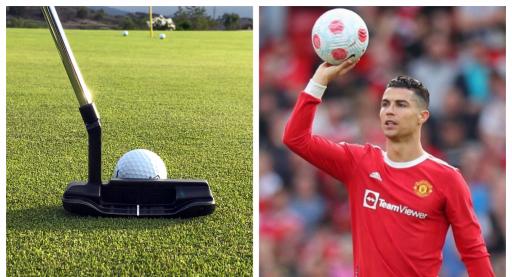 Manchester United superstar Cristiano Ronaldo was spotted playing golf in a pair of tiny shorts at Mottram Hall in Cheshire over the weekend.

Ronaldo, 37, was enjoying some time on the golf course with friends at the weekend as The Red Devils were not in action as the season draws to a close.

It's fair to say Ronaldo's questionable choice of golf attire might not have been widely accepted at most private golf clubs in England.

A number of images of Ronaldo playing golf at Mottram Hall emerged on social media.

It is unknown as to what Ronaldo's golf handicap is but it is certainly double digits.

Ronaldo would appear to have won his golf match.

United find themselves in sixth position in the Premier League table as they bid to hold on for a Europa League spot.

They head to Selhurst Park on Sunday to face Crystal Palace in their final game of the season.

Despite a disappointing season for the record 20-time League champions, Ronaldo has impressed for his club with 24 goals in all competitions this season.

He was also recently named Premier League Player of the Month for the second time this season.

Ronaldo has one more year left on his contract at United and it is understood he will be remaining with the club for the 2022/23 season under new manager Erik ten Hag.

NOW ENTER BELOW AND WIN A NEW ODYSSEY PUTTER!