Matthew Wolff wins his maiden PGA Tour title as he claims the 3M Open, but what was in his bag? 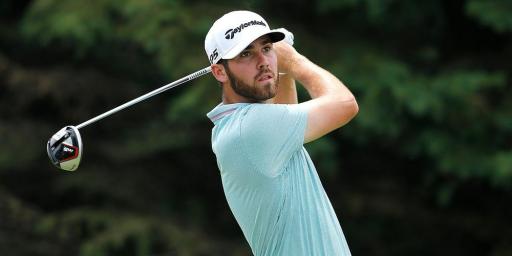 Matthew Wolff only turned professional a few weeks ago, but he's already won his first PGA Tour title in just his third start as a pro.

The 20-year-old has been tipped for success for a number of years and on Sunday he showed just why.

Bryson DeChambeau put the pressure on with an eagle at the last to take the lead. Wolff was just off the green after two on the par-5 18th and needed a birdie to match DeChambeau's score and take it to a playoff, but the young superstar did one better than that, sinking his 26ft eagle putt to beat DeChambeau by one.

Wolff, who was making just his third start as a professional on the PGA Tour, looked like he was a Tour veteran with his level of confidence and maturity.

Once his win was confirmed, the American hugged his caddie and the tears began to flow. At just 20 years of age, Wolff can now call himself a PGA Tour winner and enjoy the added bonus of taking home $1.152 million.

Matthew Wolff - What's in the bag of the 3M Open winner?