LPGA Pro Mel Reid says her tweet about the TaylorMade Driving Relief was taken out of context. 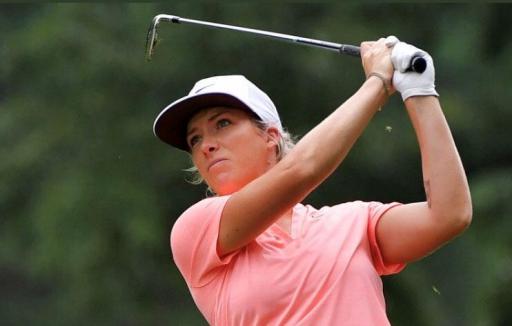 LPGA Pro Mel Reid caused a stir on Twitter after she blasted the TaylorMade Driving Relief charity skins match for not including any women and she has taken to Twitter once again to explain that her original tweet has been "taken out of context" and that the comments she received over it have been "nasty" and "sickening."

Reid felt that the match that saw Rory McIlroy and Dustin Johnson beat Rickie Fowler and Matthew Wolff, whilst raising over $5.5 million for charity, was a missed opportunity "to represent equaltiy" which blew up instantly on social media.

Many golf fans called Reid out for bringing up equality during a charity match that raised so much money for the American Nurses Foundation and CDC Foundation, two organisations leading the way in COVID-19 relief.

It now seems that some of the messages Reid has received have caused her to speak out once again, after she explained that her tweet has been taken out of context.

"I feel my tweet has been taken completely out of context and quite honestly the nasty comments I'm receiving it's kind of sickening," said Reid.

"I think the charity match was of course a fantastic cause and yes, I think those four male golfers who participated were perfect for such an occasion.

"My point was never to take away from the charitable cause. I just felt it was a cool opportunity missed to involve a couple female golfers / broadcasters and really bring golf back.

"I will always fight for change in the world that I'm in. I will always speak up for the respect of women athletes.

"For those who reached out and supported me the last couple of days... I thank you."