The TaylorMade Driving Relief skins match was the best performing show on Sky Sports since lockdown. 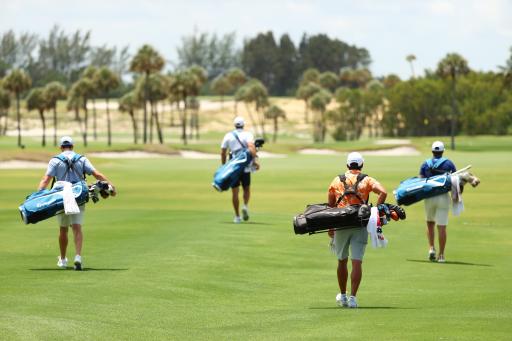 The TaylorMade Driving Relief supported by UnitedHealth provided golf fans with some much-needed entertainment on Sunday, as Rory McIlroy and Dustin Johnson took on Rickie Fowler and Matthew Wolff in a skins match.

With no spectators packing out Seminole Golf Club in Florida, all four players wore microphones throughout the match so we could listen to everything they had to say, including McIlroy's epic comeback when Wolff tried to pile on the pressure.

With no caddies by their side the players used rangefinders to get their distances and carried their own bags, much to the joy of the fans watching on TV, as it made the four superstars seem a little more 'normal.'

The match itself was a close contest and after the final six holes were tied, a nearest-the-pin contest was needed to determine the winner, which World No.1 McIlroy would go on to win, clinching victory for himself and DJ.

WATCH: The best shots at the TaylorMade Driving Relief

Over $5.5 million was raised throughout the event, with every cent going towards the American Nurses Foundation and CDC Foundation, two organisations leading the way in COVID-19 relief.

In the U.K, the event was shown live on Sky Sports on Sunday night and it has been confirmed that the TaylorMade Driving Relief skins match was the best performing show since the start of lockdown.

The match also proved to be a huge hit across the pond in the U.S.A, as NBC recorded 2.35 million viewers across all platforms, which they say is 16% higher than the figures recorded at the Dell Match Play final last year.

The Dell Match Play was used in comparison as, like the Driving Relief match, it only featured four golfers on the final day, when Kevin Kisner beat Matt Kuchar with a total audience delivery of 2.03 million.

NEXT PAGE: How to play golf under coronavirus guidelines...