Michael Jordan's golf course, The Grove XXIII, has got drones that deliver alcoholic drinks to golfers! 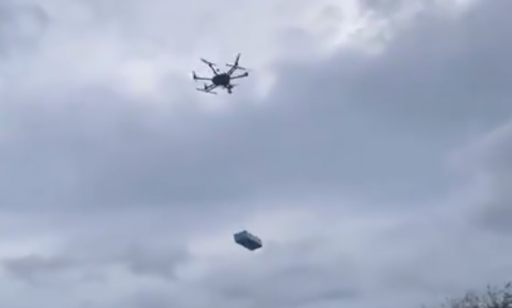 Michael Jordan's new golf course, The Grove XXIII, certainly knows how to look after its golfers!

Video footage has emerged this week of how the Florida course features drones that deliver alcoholic beverages and snacks to players during their rounds. Watch the videos below - one of which was posted by tennis ace Caroline Wozniacki who used to date Rory McIlroy - to see more:

A drone delivers your food and drinks at Michael Jordan’s golf course, The Grove XXIII

The NBA legend's golf course opened for play last year and has already received rave reviews from many that have been fortunate enough to play The Grove XXIII.

Jordan apparently personally requested that his course got rid of the standard golf cart drinks service and instead replaced it with flying drones to deliver food and drinks in style for his exclusive members.

According to reports of the venue, the course also boasts an extravagent clubhouse and world class facilities.

The golf carts at Jordan's spectacular golf course supposedly reach up to speeds of 35 mph, while caddies there even get their own scooters and there is also a cigar roller on location.

Also, anyone who eagles on the sixth hole gets a ring commemorating Jordan's six championships!

Dustin Johnson and Rickie Fowler are said to play quite a bit of their practice time at this course.