Montgomerie says Europe have strength in depth and rookies won't be a issue. 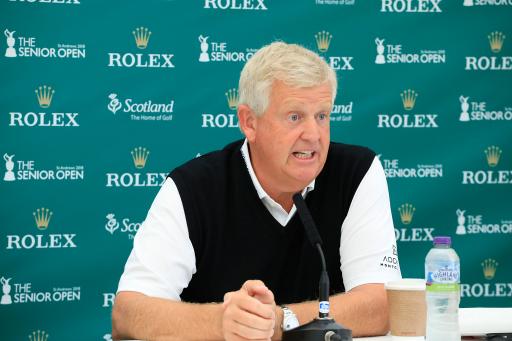 There’s been a heap of chatter Stateside saying this is the best US Ryder Cup team ever - alas, here come the Europeans.

Colin Montgomerie, captain when Europe won at Celtic Manor in 2010, has come out and said “it” after Italian Francesco Molinari picked up the Open last week.

“Amazing what an Open victory does to a team mentality, and not just him,” Montgomerie said.

“It was him, and (Rory) McIlroy and (Justin) Rose came through very well, and you put all those three together with Molinari’s win, Thomas is probably looking at the best team that we’ve had assembled for, well, almost ever.”

Europe will have a number of rookies in the squad – Tommy Fleetwood, Jon Rahm and Alex Noren among others – but Monty doesn’t see that as an issue for captain Thomas Bjorn.

“Our rookies were rookies and had to be hidden and protected – fathered, really,” he said. “Now it’s very different. We’ve got great strength and depth, and it’s looking extremely good for Thomas. The mentality of a European breaking an American duck, as well. It was about time Europe came in and broke that duck, and now we have. That will give confidence to the rest of the lot, as well.

The team will consist of eight qualifiers and four captain’s picks. The event takes place at the end of September at Golf National, Paris.