Perhaps this gambler decided to take a shot on the lottery too?! 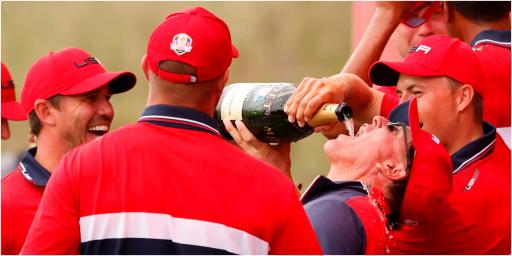 How often do you look down the timeline to see one of your mates post an accumulator that was closing to coming in, but didn't?

If only, they'll say. If only this person did this I would have been richer beyond my wildest dreams. If only. If only I had wheels I would be a bike. Tedious as they are, the house always wins.

But sometimes, there are bets that sneak through against all the odds. One such bet has emerged on social media of a punter nearly winning $966,290.

The $8 bet was cast at FDSportsbook on a 12-leg Ryder Cup parlay where they got every single match correct. Outrageous.

This is the sports bet of the year.

Bettor somehow predicted ties between Morikawa and Hovland and Spieth and Fleetwood pic.twitter.com/I54jjl8rB8

Seriously?! How did they manage that. There were some serious upsets at the Sunday singles. Hopefully this person will be sharing some bets with us in the future.