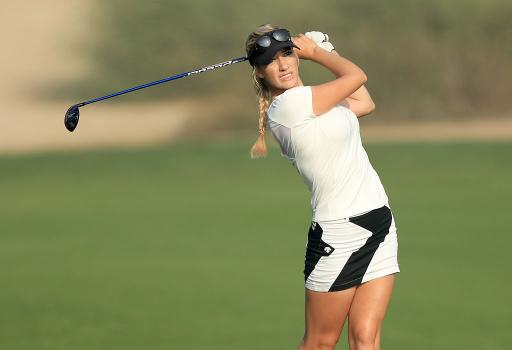 Want to play golf with me? Well now you can win a chance to hit the golf course with me Sunday, Sept 17th, 2017 in sunny San Diego before @kaaboodelmar! The lucky winner will also receive 2 HANG LOOSE 3-day passes to KAABOO Del Mar Sept 15th-Sept 17th. I mean come on, you would get to see Tom Petty and many other bands live! Sign up in the link in my bio to win#kaaboo

Pro golfer Paige Spiranac’s prowess on social media is unmatched among female athletes, according to a report conducted by Golfsupport.com.

The American golfer, who has 1.2 million followers on Instagram, has enjoyed 2.1 million interactions via social media in 2017.

The report suggests the way we watch sport is changing, with consumers interacting through new platforms, especially younger demographics.

Declining viewing figures are matched with vast increases in shorter style mediums, such as Snapchat.

A spokesman for Sky said: “As we anticipated, the way customers engage with live sport is changing – with strong growth in newer, digital-first platforms.”

The report found that 45% of people turn to social media to get their sports news.