Paige Spiranac: How much is the social media sensation worth in 2021?

Paige Spiranac has more followers on social media than some of the world's best golfers, but what is she actually worth? 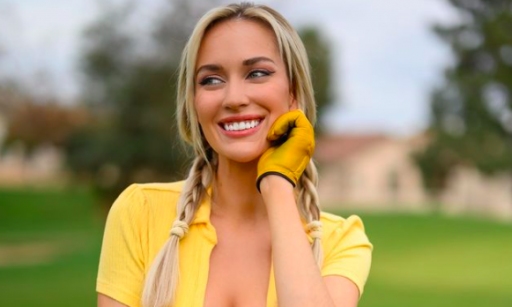 Paige Spiranac has proven herself to be one of the most popular golfers on the planet as she has built a huge following on social media.

Spiranac used to be a professional golfer but now in her career away from intense competition, she prospers from her popularity on Instagram, TikTok and Twitter.

Instagram is where she excels. Her posts, in which she still shows her strong talent for the game, have earned her a staggering 3.2 million followers.

On Twitter, the 28-year-old has just short of half a million followers and on TikTok, she has 1.3 million followers. According to reports, she earns $14,000 for each Instagram post that she uploads.

As well as having more followers than Tiger Woods and Rory McIlroy, she also hosts a podcast called 'Playing a Round with Paige Renee', where she talks all things golf.

Along the way, she has picked up an ambassador role with PointsBetUSA, which is an American bookmaker. All of these developments in her career have contributed to her growing net worth.

Spiranac was as excited as every other golf fan when Woods posted a video of himself hitting a shot on the driving range last week, so much so that she posted the video on Twitter with the caption: "He's winning another major."

RELATED: THREE EVENTS WE EXPECT TIGER WOODS TO PLAY ON THE PGA TOUR IN 2022

The 15-time major champion is hosting the Hero World Challenge this week and I'm sure Paige has been keeping tabs on Woods' rehabilitation as much as the rest of us.

It is estimated that Paige Spiranac has a net worth of $3 million.