Paige Spiranac answers a number of questions about life on and off the golf course on her Instagram Story. 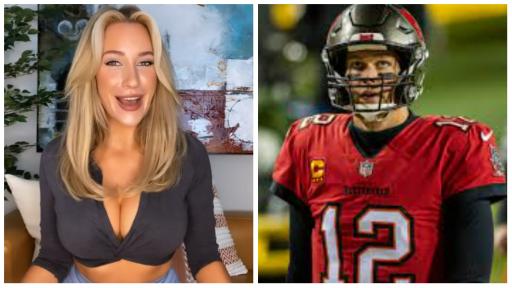 Paige Spiranac has denied she is dating legendary NFL quarterback Tom Brady after answering a number of fan questions on her Instagram Story.

Spiranac, 29, admitted she has never even met Brady, 45, who is widely considered the greatest NFL quarterback of all time having won seven Super Bowl titles.

Golf social media sensation Spiranac was previously married to Steven Tinoco, a former minor league baseball player, but they divorced not so long ago.

Paige spoke about her divorce and how she just wanted to "get out of here" earlier this year.

She also recently told how Brady "isn't even the GOAT in his own household!"

But despite the latest crazy rumours on social media, Paige quashed such talk of any romantic connection between her and Brady.

Here's what Paige said about the Brady dating rumour:

"So I've been getting this question [about dating Tom Brady] so much," said Paige on her Instagram Story on Tuesday evening.

"But this guy on Twitter put up a post saying Tom Brady is single and that he should date Paige for all these reasons.

"The New York Post picked it up saying well she didn't deny it [that she was dating Tom Brady] and I'm like 'I don't even know him.' [laughs]

"Now Tom Brady is going to be like: 'You're crazy!'

"I didn't do anything, like nothing. It's just so crazy how rumours can get out of control over something that was so harmless.

"I even had a friend who was living in Tampa being like are you dating Tom Brady?! I'm like 'Noooo!'

Head over to Paige's Instagram page to watch her answer a number of questions from her followers on her Story.

Spiranac has 3.7 million Instagram followers, while Brady has 12.9 million.

He's also mad about his golf, too. Here's exactly how good Brady is at golf. He has also previously competed in The Match.

Brady also made this outrageous hole-out, but some people think it was fake!

Last week, Spiranac whipped off her top and did a Cristiano Ronaldo 'Siuuu' celebration during the World Cup.

Next Page: Paige Spiranac models her Best Golf Outfits ahead of 2023