A number of items from Payne Stewart's career were recently sold at auction, including a tournament-worn pair of socks. 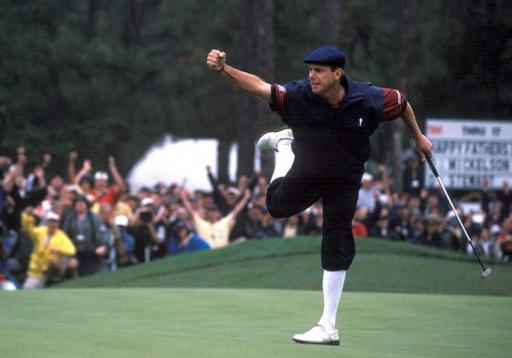 Payne Stewart is one of the most iconic names in golf and there's no doubt his legacy will be remembered long in the future. His impact on the game was great, so great that some peopke are willing to pay extraordinary amounts of money for items from his career, including a pair of socks he wore at a major championship.

An auction ended on Sunday where collectors bid for various items from Stewart's illustrious career. A player badge from Stewart's victory at the 1999 US Open at Pinehurst was one of the more desired possessions, which went for an astonishing $37,290, while other items such as Masters crystals that Stewart earned for making eagles at Augusta also sold for thousands of dollars.

One item in particular that took everyone by surprise though was a pair of used socks that Stewart wore in a number of events, including the 1990 Open Championship at the home of golf at St Andrews.

The first bid for the famous socks was $50 and perhaps that person thought they might be able to snap up the socks at a low price, but how wrong they were.

After a long bidding session at The Golf Auction, the socks ended up being sold for $3,215. Now I know the man who wore them is an absolute legend of the game, but that's a serious price tag for a pair of socks.

It makes you wonder how much people would pay for other iconic pieces of clothing, such as Stewart's iconic hat, or perhaps a Nike Mock Neck polo worn by Tiger Woods himself.