Golf fans have praised Patrick Reed for returning to the European Tour to play the BMW PGA Championship this week. 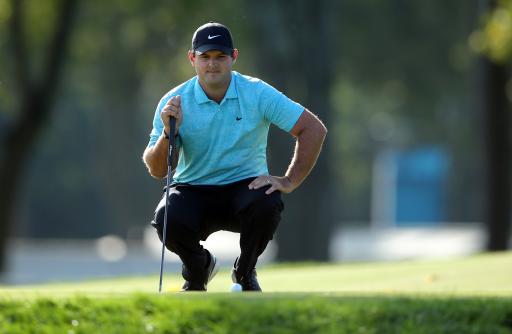 Golf fans have praised Patrick Reed on social media after he confirmed he will be playing in this week's BMW PGA Championship, one of the European Tour's flagship events.

Reed currently sits at the top of the European Tour’s Race to Dubai and golf's supervillain will be looking to extend his advantage at Wentworth this week in the third Rolex Series event of 2020.

Joining Reed in the field is the likes of Tommy Fleetwood, Tyrrell Hatton, Justin Rose, Matt Fitzpatrick, Lee Westwood and Ian Poulter to name a few, but there are a number of big names who have decided not to travel back to the UK to play in what is widely regarded as the biggest European Tour event of the season.

“I really enjoyed my first time at the BMW PGA Championship last year,” said Reed. “The great reception I got from the fans in the UK was obviously a big part of that so it’s obviously a shame they can’t be there this week, but I’m sure they will be watching on TV and it will be another fantastic tournament.

“I’m looking forward to playing Wentworth again. It’s a great course and another really strong field so hopefully I can play well again and do even better than I did on my debut last year.”

Reed is currently 9th in the World Rankings and the 30-year-old is hoping to add the Race to Dubai title to his impressive list of achievements.

“There’s a lot of golf still to be played, including the Masters, but I’ve given myself a great chance of winning the Race to Dubai,” said Reed, who received Honorary Life Membership of the European Tour at the start of 2019. “A victory in the BMW PGA Championship would certainly help me in that goal.”

The 2018 Masters champion still receives plenty of stick for his actions at the Hero World Challenge and many criticised his attitude following the event, but golf fans saluted Reed for showing his support for the European Tour, when stars like Rory McIlroy and Jon Rahm have decided not to travel back for the event.

"Big respect Patrick for supporting European golf. Golf is a world game and more US players should stop playing the same target golf tracks every week and come over and play in Europe," said one golf fan.

"Good on you Reed. Always good travelling over to us for a game. Pity you're the only one."

"Love or hate Patrick Reed, he is a supporter of the European Tour. Shame other Americans and even some Europeans don’t support it in the same way."

NEXT PAGE: Is Rory McIlroy bulking like Bryson during golf's off-season?