The Masters champion is nicknamed ‘Captain America’ because of his previous Ryder Cup exploits. 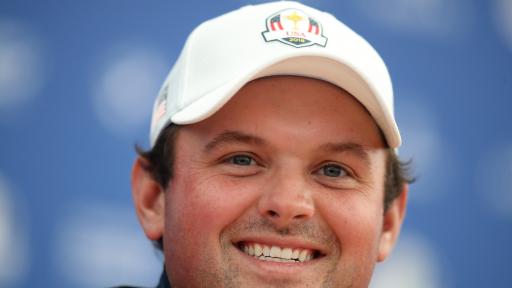 Patrick Reed is relishing his role as ‘Captain America’ as he prepares to renew his Ryder Cup rivalry with Europe, writes Carl Markham, Press Association Sport.

In the last two instalments, the Masters champion has been the pantomime villain after his ‘shush’ gesture after holing a putt at Gleneagles in 2014 antagonised the home crowd.

At Hazeltine two years later Reed came out top with a one-up victory over Rory McIlroy in a gripping, ding-dong Sunday singles match.

He is now seen as the US talisman in the same way Ian Poulter is for Europe and he would welcome a head-to-head against the Englishman at Le Golf National.

“It’s awesome. I felt like the fans, especially back home, they are just trying to get me in that mindset and get ready to go out and get ready for Ryder Cup; being Captain America and going out and playing,” said Reed of his nickname.

“It’s a good problem to have to have people either saying Captain America or Masters champion.

“Before, I only had one of them and now to have both of them it feels great but this week, I’m definitely Captain America.

“Coming overseas, Captain America, I was supposed to be the villain, just like when Ian Poulter comes to the States, he’s the villain.

“So you expect to hear the fans kind of go back and forth with you. If it’s not happening, it probably means you’re not playing very well, and they are just like, all right, we’ve got him in check.”

Reed relishes the challenge of quietening a crowd almost as much as match play itself.

He insists the interaction with opposition supporters is all part of the fun.

“I know it’s playfulness. They are not booing me. Like in 2014, they didn’t boo me because of anything that was disrespectful or because they didn’t like me.

“Henrik (Stenson), their guy, makes a putt, the crowd goes nuts, and then when I made the putt, I told them to ‘shush’, quiet down.

“I think that elevated 2014 because as the round went on the crowds got louder and louder.

“It’s just something fun to be able to come over and relish, especially overseas.