Reed is concerned his estranged family could show up this week at Augusta. 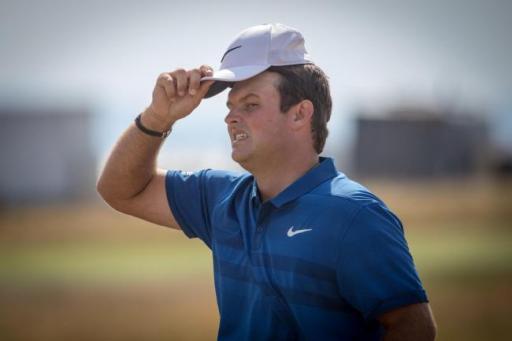 It's not rare to see the parents of a professional turn up to spectate their talented child do what they do best, but for Patrick Reed, it's the last thing he wants as he looks to defend his Masters title at Augusta this week...

Augusta National is not only the home of the Masters, but also the home of Patrick Reed's family who are located just six miles away from the course, but Reed hasn't entered his family home since 2012 and his two children are yet to meet their grandparents and auntie.

It was reported that the family fall-out was to do with Reed's marriage to Justine Karain (Justine Reed) when he was 22. Since the rift in their relationship, Reed's family have tried to reconnect but it seems the 2018 Masters champion isn't interested in making amends. The family even hosted a watch party at their home during Reed's green jacket victory last year.

On Tuesday, the New York Times reported that Reed was concerned his family may show up to his title defence, even though he wants them to leave him be, with Reed telling reporter Karen Crouse "I wouldn't at all be surprised if they show up."

In 2014, Reed's mother, father and sister - Bill, Jeannette and Hannah - were escorted out of Pinehurst when they showed up to watch the U.S Open and according to Reed's mother, the police officers and USGA official were acting on Justine Reed's wishes.

Last year at the Tour Championship at East Lake, Reed saw his father and sister behind the green on the 17th and stated he "immediately tried to steer his focus back to golf." He told the New York Times that if he had seen them spectating him earlier on he "would have called security to throw them out."

Bill and Hannah, Reed's father and sister, also made the trip to Paris for the Ryder Cup where they spectated the Sunday single matches. The Times reported that "Reed never saw them, he said, but members of his inner circle did, and they said they spent the afternoon tracking both Reed’s play and Bill and Hannah’s movements.”

Reed has acknowledged that if his family want to watch him defend his Masters title this week then they probably can, as long as they stick to the spectator rules. It seems safe to say that Reed will have more on his plate than just the Masters this week...