PGA Section President and children among those killed in plane crash

PGA of America club pro and his three children among those tragically killed in plane crash... 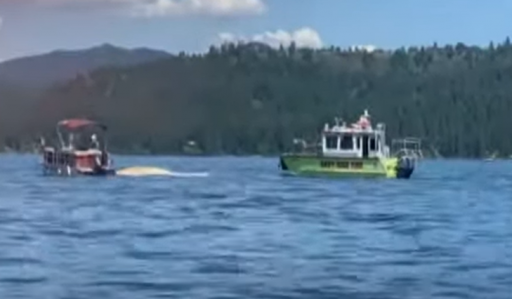 A PGA of America club pro and his three children were among those who tragically lost their lives in a horrifying plane crash over Coeur d'Alene Lake in North Idaho on Sunday.

PGA golf pro Sean Fredrickson, his son Hayden Fredrickson and his stepchildren Sofia and Quinn Olsen were confirmed by family members as four of the victims who died after two planes crashed into 127 feet of water.

According to Fredrickson's wife April Upchurch, her husband and their three kids were on a scenic-flight tour.

The Kootenai County Sheriff’s Office has confirmed there were no survivors and that one of the planes was a floatplane operated by a tour service that carried five passengers, including three children, and a pilot. The other plane was carrying at least two people, according to their report.

"It is with great sadness that we share the passing of our friend and President Sean Fredrickson yesterday in a plane crash in Coeur d’ Alene," read a post from the section on its website.

"Sean was an incredible father, husband, PGA Professional, mentor, and leader. There are never words to communicate the pain of such a loss. Whether through prayer or quiet reflection, please hold Sean and his family in your hearts.

"A rising star in the PGA, Sean led the Section through an unprecedented time, first taking the reins a year early as President and then leading us wisely through this pandemic. We are all better because of Sean’s leadership over the past 12 years."

Our thoughts and prayers are with all the families and friends involved with this tragedy.

Previous
Bryson on cameraman: "He was waiting for me to do something bad"
Next
Matthew Fitzpatrick believes PGA Tour win is close