As many as 50 players were without their clubs for a Monday qualifier at to get into a PGA Tour Canada event. 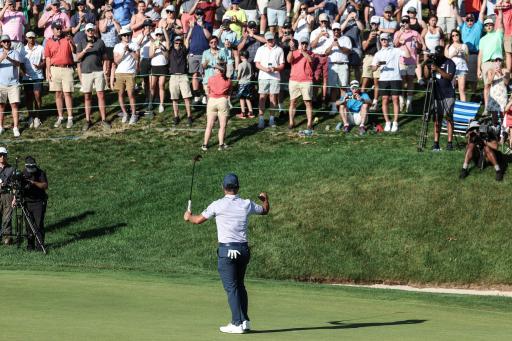 When you’re playing professional golf, it’s kind of important that you have your clubs.

There was widespread annoyance this week for some players who had pitched up to a Monday qualifier on PGA Tour Canada to get into the Prince Edward Island Open.

Slowly, stories started to trickle in about players reporting that they were still waiting on their clubs to arrive.

As many as 50 players were affected. They flew in on Air Canada.

“Not a single golfer got their clubs,” pro Harrison Ott told GolfChannel about the problems.

“There were about 30 players on my flight, and we all go to baggage claim, and the bags start going around and hardly anybody even claims them.

“Turns out, they were backed-up bags from previous flights who had their bags not make it."

Former @VandyMGolf standout Harrison Ott is among the 50 or so Canada players who are missing their golf clubs because of Air Canada issues. Ott was able to Monday qualify anyways today, using a makeshift set and wearing a polo from the pro — with a Coors Light logo on it! pic.twitter.com/6GMxoxiPVB

The publication reported that Ott decided to try and improvise and pitched up to the Monday qualifier anyway without any equipment at Belvedere Golf Club in Charlottetown.

The pro shop exhausted all efforts to try and find the pros some equipment. As many as 20 players decided drop out. Ott managed to cobble together enough equipment but was without a collared shirt, so borrowed one from the pro shop.

He managed to make it through the qualifier after shooting a round of 4-under 68 to get into the field at Dundarave Golf Club in Cardigan.

Scott Pritchard, the executive director of PGA Tour Canada, told GolfChannel the tour was aware of the luggage problems.

Next page: Patrick Reed splits with PXG ahead of LIV Golf debut