Patrick Reed has officially split from PXG ahead of his LIV Golf debut in Portland at Pumpkin Ridge. 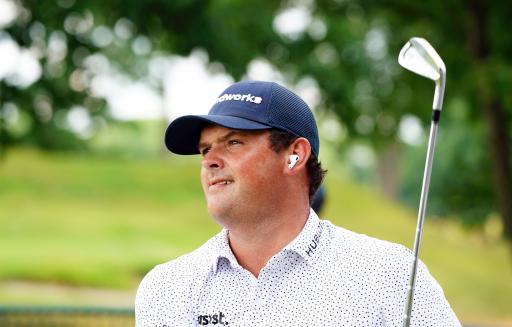 Patrick Reed has officially parted ways with PXG after a short-lived marriage with the brand ahead of his LIV Golf debut in Portland.

According to the brand, it has nothing to do with his association with the controversial Saudi-backed series which has sent shockwaves throughout the golf world.

Reed, 31, got tongues wagging once again with his equipment situation when he turned up at the Memorial wearing a cap without a PXG logo.

He had been a free agent in the equipment world up until the start of the year until he signed on to become a “PXG Troop”, using their PXG 0811X driver.

But he ditched that driver at the Charles Schwab Challenge in favour of a Grindworks chief. It means that he only worked with the brand for less than six months.

Reed, who won the 2018 Masters and nine times on the PGA Tour, was spotted on the range in Portland at Pumpkin Ridge just wearing a LIV Golf hat earlier in the week.

A spokesperson confirmed to bunkered.co.uk that Reed is “no longer on staff” and that the decision was “unrelated to LIV”. Some players have been dropped by major brands for signing up with LIV.

Reed previously claimed that PXG was “a natural fit for me”. It’s not known if Reed has signed an equipment deal with Japanese manufacturer Grindworks.

Patrick Reed arrived in Portland to play a practice round and is apparently now sponsored by LIV GOLF, with logos visible on his hat and shirt. First player I’ve noticed with logos for the actual league on their apparel lol (: Steve Dykes / Via Getty Images) pic.twitter.com/pmId0phZgw

Captain America has endured a tough run over the last 18 months. He caught double pneumonia before Ryder Cup selection and has mixed results since his return.

He was widely-assumed to be in favour of signing for LIV Golf, having previously collided with the PGA Tour throughout his career over rules issues and favouritism of other players.