We have some incredible, picturesque golf courses for you to play this weekend to make it a memorable bank holiday! 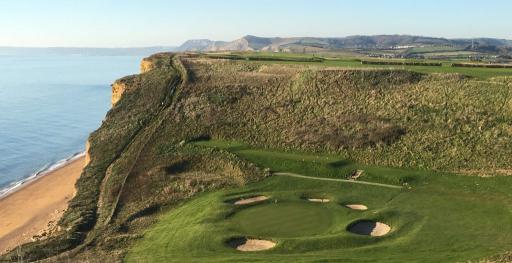 As the country is slowly returning to normality, many different golf courses are eager to welcome visitors and this bank holiday weekend couldn't have come at a better time.

Many of us have had to wait to enjoy a pint or a meal indoors or hop on a plane and grab some sun. One activity that has continued to grow in popularity over the past 14 months is golf.

PlayMoreGolf has compiled the ultimate picturesque golf courses across the UK, so budding golfers can not only enjoy a round with family and friends, but they can take a walk in the sun around some of the UK's most spectacular open spaces.

Situated in Buxton, Derbyshire, Cavendish Golf Club was opened in 1925 and designed by Dr Alister MacKenzie, whose list of courses includes the iconic Augusta National.

The club is regarded by experts to be MacKenzie's 'Inspiration for Augusta' and it's easy to see why. With undulating fairways, sloping greens, and well thought out hazards, there are many holes at Cavendish that mirror many of those found at Augusta National.

Having originally been founded at Goathland in 1892, Whitby Golf Club has been located in this stunning clifftop location between Whitby and Sandsend since 1895.

There are wonderful views along the coast between Kettleness and the iconic Whitby Abbey and views inland towards the rolling North York Moors. Wherever you are on the course you are guaranteed a view of the sea.

An outstandingly beautiful vista awaits all who play the course with scenic views not only over the sea and shore, but inland to the two highest points in Dorset, Pilsdon Pen and Lewesdon Hill.

The course abounds with wildlife and the singing of a skylark is a regular sound to be heard.

The course is sited on beautiful, wooded heathland. The terrain is almost 'links' like with undulating fairways lined by Scots Pine and lovely views towards the Angus Glens.

With links like surface, parkland avenues, heathland heather and gorse, this makes Forfar such an interesting course to play. This course is also the world's first 18-hole course from its inception and inauguration, designed by Tom Morris in 1871.

If you're looking for a golf club in Scotland, look no further than the Macdonald Aviemore Resort, home of the spectacular Spey Valley Championship Golf Course.

Recently voted one of the best golf courses in Scotland, Spey Valley features some of the most breath-taking views in the world, offering golfers a glimpse right into the very heart of the Scottish Highlands.

Aboyne is the understated jewel in the Aberdeenshire golfing crown. It presents a rich variety of memorable holes making the most of the natural variations in the terrain which is a mix of rolling parkland with inviting fairways and elevated links-like heathland with tighter targets.

Tenby Golf Club is located just under half a mile from the old medieval port of Tenby, easily accessible by rail and road. The club itself has its roots in the late 19th century and is reputed to be the oldest affiliated Welsh Golf Club.

This course is situated just across the border from England into Mid Wales on the A458, three miles outside of Welshpool. The 18 holes that make up this magnificent course, once played won't be forgotten in a hurry.

The views are simply spectacular, a panoramic vista of miles of Welsh hillside and farmland with the mountains of Snowdonia in the background.

Maesdu Golf Club is located less than a mile from the Victorian resort of Llandudno and with easy links to the A55 Expressway.

The gently undulating course has breathtaking panoramic views across the curving Conwy Bay, from the Great Orme Head to the dramatic mountains of Snowdonia National park.

NEXT PAGE: NON-GOLF CLUB MEMBERS TO BE ALLOWED HANDICAPS FOR FIRST TIME EVER